5 Night Trekking Must do if you are in Bangalore


Anthargange :
Anthargange is a mountain located in the shasthashrunga range and is situated just 70 kilometers from Bengaluru, Antargange in Kolar is a substantial field of volcanic boulders and rocks. These boulders, all heaped one on another create a whole network of cave-like formations and tunnels that make this a great place for cave exploration, light trekking, and camping. The hill is at altitude of 1712 mts from sea level. This place is known as south kasi because of Kasi vishweshara temple.A long staircase leads to a temple.There is a stone bull here with water flowing out of its mouth. No one knows the actual source of the water, which is how Antargange got its name (Antargange literally means ‘Ganges of the Deep’). An hour of climbing uphill leads to the approach route into the caves. The entire route twists through a dark maze of rocks, boulders, between cracks, and enters holes that sometimes will allow just one person to crawl through, all of which make for an enlivening experience. It’s well connected by train and bus. Bus will go almost to the top at either side of the hill. Enoromous space of campfire. Time to trek is around 2 Hrs. 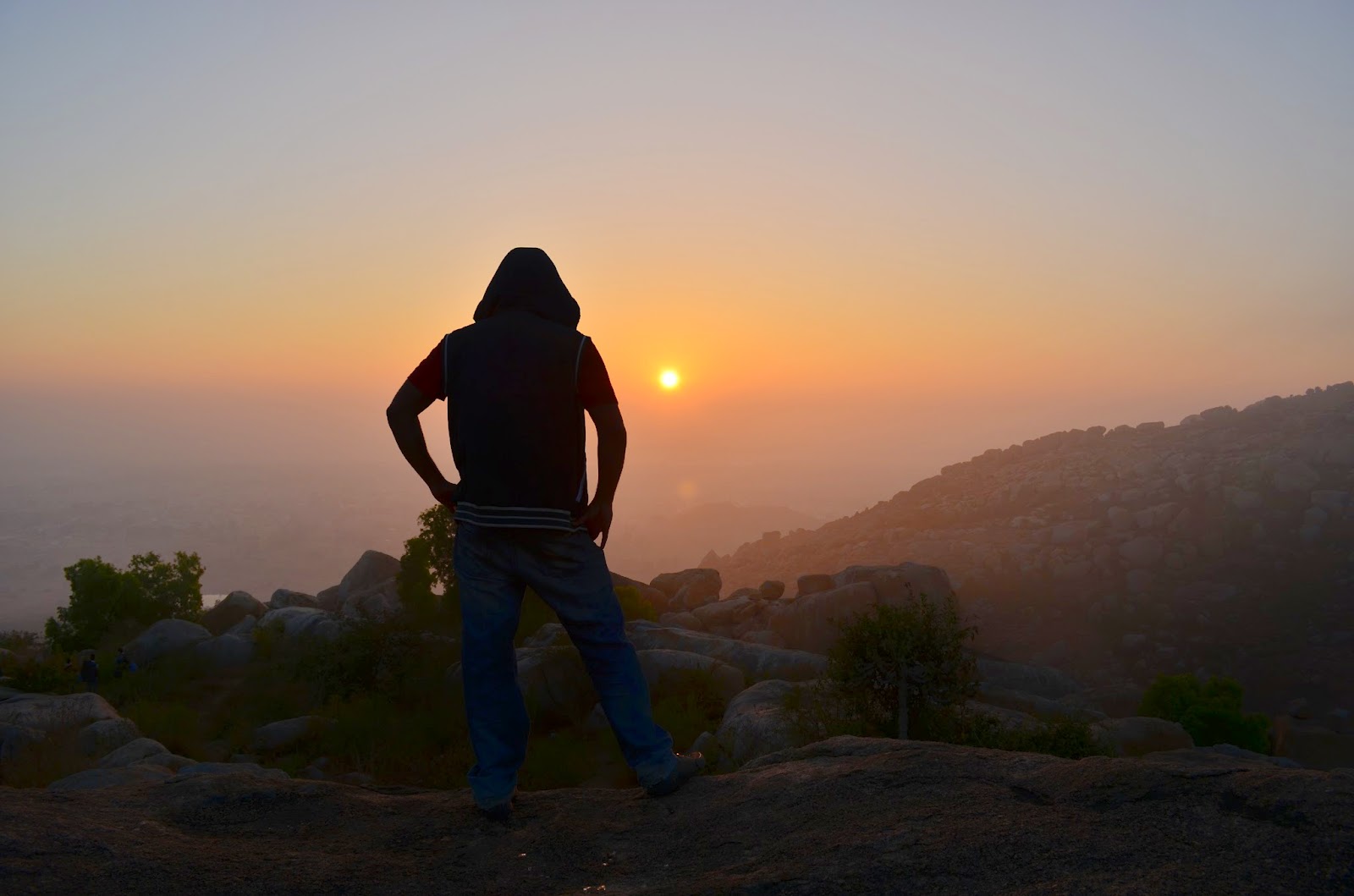 Skandagiri :
One word that wades you're your mind when you think of Skandagiri is walking on and above the clouds. Skandagiri, also known as Kalavara Durga or Kalavara Hills, is an ancient mountain fortress. The peak altitude of Skandagiri is 1400 meters. 70 Km away from bangalore.
Attractive place on the way to the peak one can see the partial remains of local fort wall build by rulers of ancient kings which used by Tippu Sultan during 3rd Anglo Mysore War.Trekking at this place is pretty strendious which escalates from moderate to difficulty path on the process of reaching the peak.Trekking to the peak in the night is pretty challenging as path ahead is totally covered by the misty fog with the clearance of 30-50 meters.Which makes this place a so special one can view the best sunrise in Bangalore from this place, ideal time to view the sunrise is during the winter/summer season as the fog will be curtailed due to the humid conditions of nature and during monsoon sunrise can’t be seen due to cloud cover. 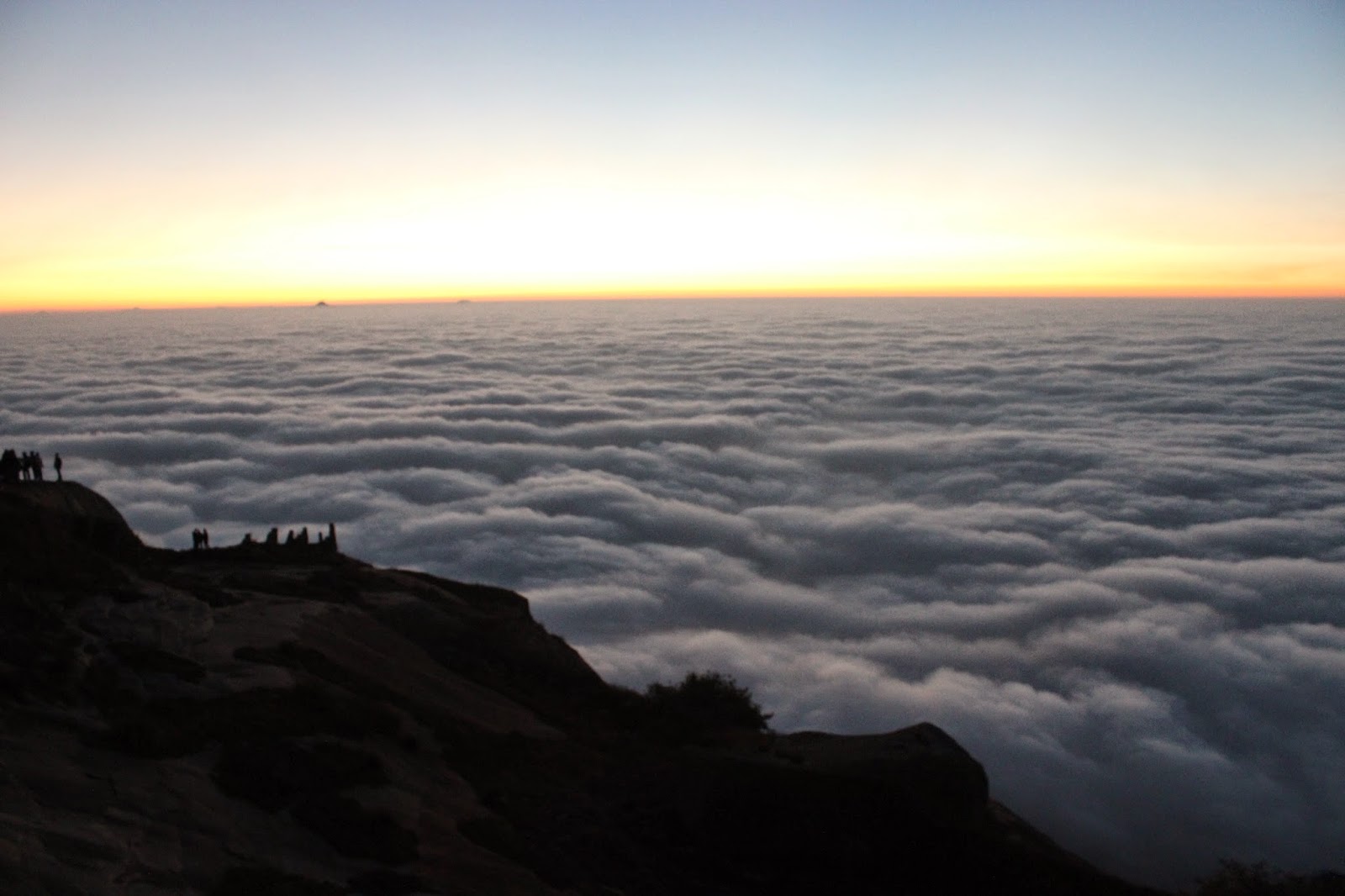 Kuntibetta :
Kuntibetta located 130 km on the Mysore road towards Mandya and then a right turn, past sugar cane plantations with the characteristic smell of jaggery plants, will take you to Pandavapura. The betta gets its name from Mahabharatha kunti. As per history kunti spent some of their exile days here, hence the name kuntibetta.
Standing at the summit, one can enjoy the panoramic view of the surrounding countryside, backwaters of Tonnur Kere, lakes and vast expanse of agriculture fields. 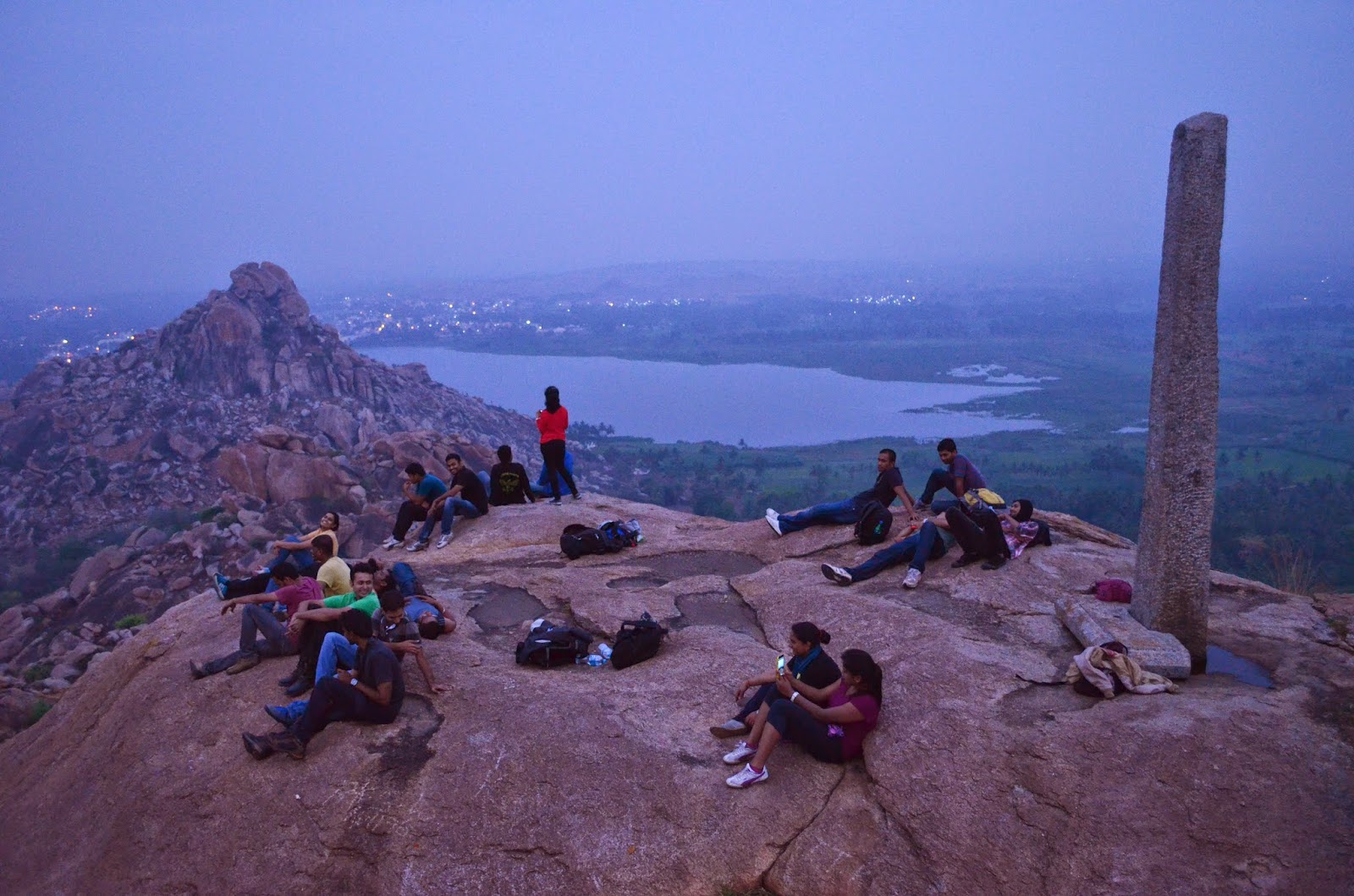 Makalidurga :
Makalidurga is a hill fort situated at the village by the same name. It is 60km from Bangalore and 10 km after Doddaballapura The fort at the summit has an old temple of Shiva with Nandi and it is believed that Markandeya Rishi performed penance here.Makali Durga (fort) stands atop a huge granite hillock, huddled up amidst the chains of mountains, formed like a valley closer to Ghati Subramanya, a well-known pilgrimage center. It has a fort on top, at the height of 1,117mts. There is a temple of lord Shiva. 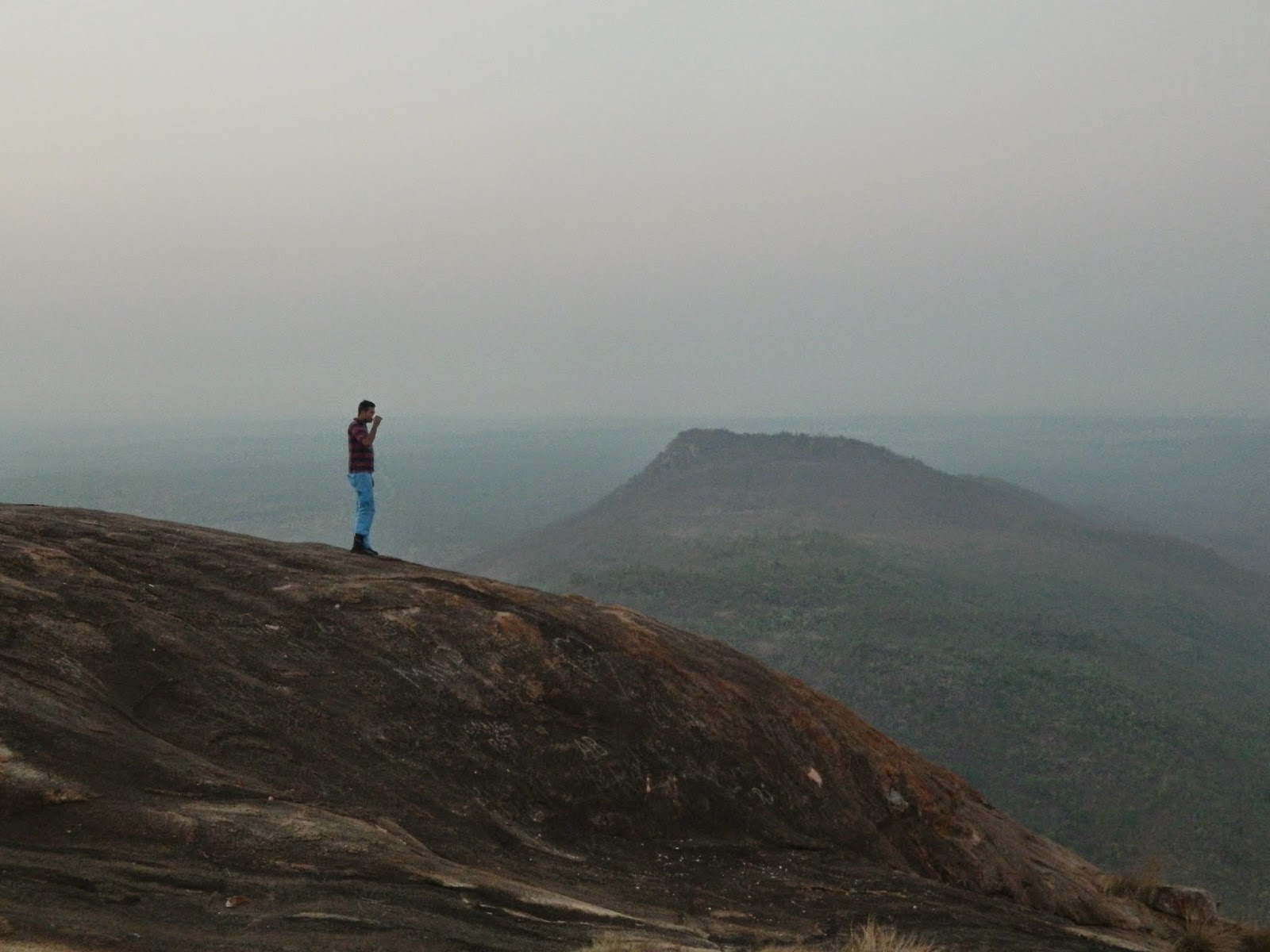 Maribetta :
Maribetta is situated close to Kanakpura on Bangalore-Kanakpura highway. Around 60km ride from Bangalore, on a state highway. It’s locally known as Karadibetta because here one can see lots of bear’s. The peak is not that high compared to other popular trekking spots around bangalore but the way to the top is fairly thorny and confusing at places. 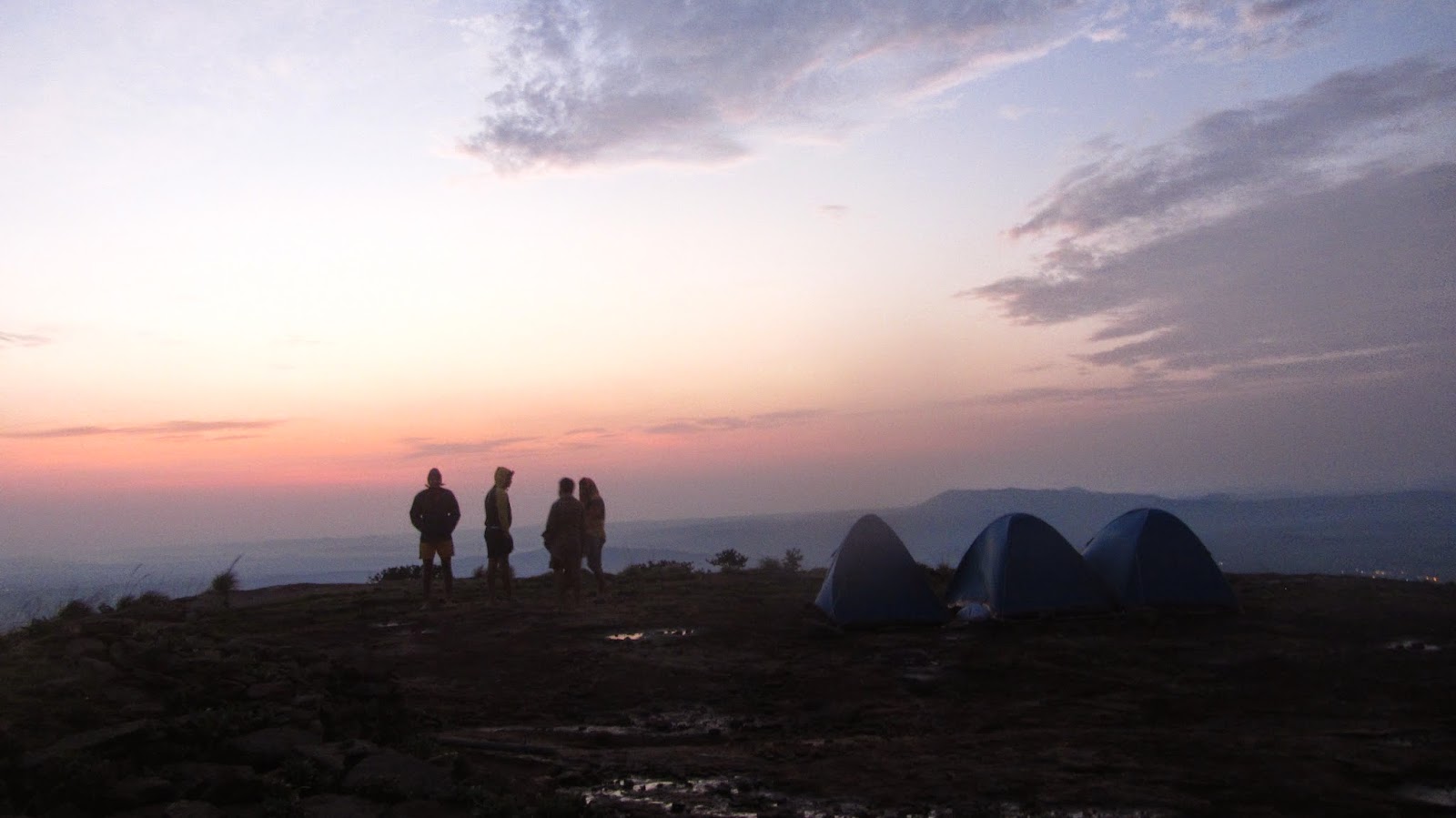 A wise man travels to discover himself.” James Russell Lowell
No comments: