Hampi (Halu Hampe) is a ruined temple town perceived as an UNESCO World Heritage Site, recorded as the Group of Monuments at Hampi in northern Karnataka, India. It is situated inside the vestiges of the city of Vijayanagara, the previous capital of the Vijayanagara Empire. Originating before the city of Vijayanagara, Hampi keeps on being a vital religious focus, lodging the Virupaksha Temple and a few different landmarks having a place with the old city. 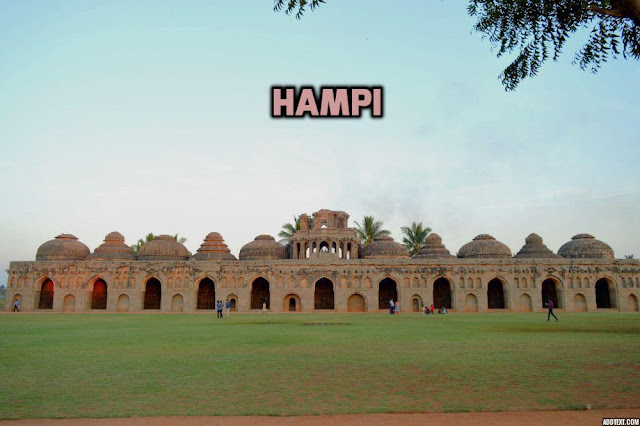 As the heading says re-visted,its 2nd time I visited Hampe,1st in 2001-2002 with parents.Many things are commercialized, Lot many places have been restricted due to fear of damage and robbery. Based on the time availablity and interest Hampi can be seen. There are guides who can explain briefly as well as in minute details. Story can be told in 1 day as well as 30 days. There are archeological significance in many places in bits and peices. Its not in one place its empire. Make sure you choose government appointed guide or else get fooled by local guides. Many places revinds the history and kannada syallabus of our childhood days. There are few places which cannot satisfy you only by reading, Hampe is one of them.There are lot of places to visit naming the few, 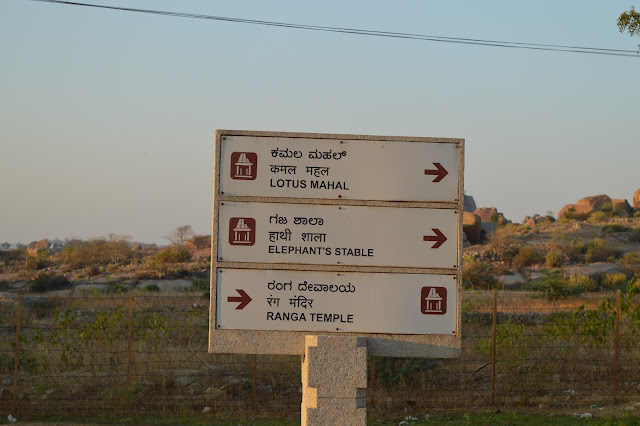 Vittala Temple: One of the well known ruins of hampe, Stone chariot is the symbol of karnataka tourism. The brick tower is demolished. Tourism department is striving hard to regain the charm and grandeur of the architecture.The famous musical pillars can be seen there. 1st time when i visited we were made to hear the different sounds but 2nd time it was restricted.

Badavilinga: One of the largest linga in Hampe next to Lakshmi Narasimha statue. This icon has three eyes carved on its front, representing the three eyes of Shiva. Legend has it that this was commissioned by a peasant woman and hence the name (Badva means poor in local tongue).The sanctum in which the Linga is installed is always filled with water as a water channel is made to flow through it. According to Hindu theology, the (Gange) was brought from swarga to earth to quench the drought. But the river was so forceful that it could split the earth into two pieces if allowed to fall on earth. Lord Shiva consented to take the impact by allowing the torrent of Ganga to fall on his matted hair, thus helping to release a smooth-flowing river to earth from his hair. As an iconic representation of this, in Siva temples a dripping pot hangs over the Linga.(Source Google). 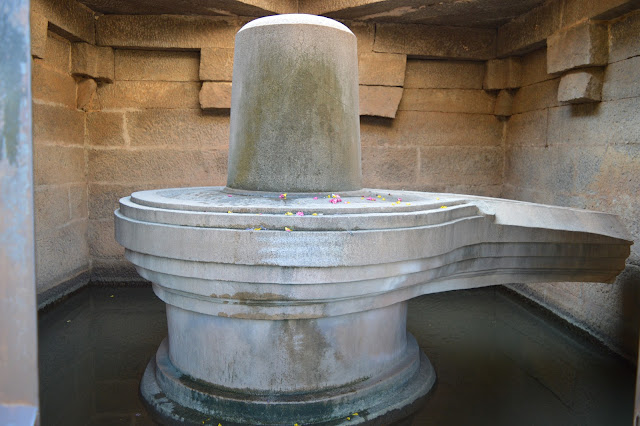 Hazara Rama Temple: Ruined temple is known for frescoes from hindu theosophy and a sprawling courtyard well laid with gardens.Thousands of inscriptions and carvings around the temple.

Virupaksha Temple:An ancient temple situated in Hampi Bazar, known for pampavathi temple. It predates the founding of the vijayanagara empire.The temple has 3 gopuras,A large 160-foot (49 m) high tower as its main entrance facing east, a smaller second entrance tower leading to inner temple courtyard after the main gopura, and another one facing north known as the Kanakagiri gopura, leading to a small enclosure with subsidiary shrines and eventually to the river Tungabhadra.Apart from Shiva, the temple complex also contains shrines of the erotica statues Bhuvaneshwari and Pampa. 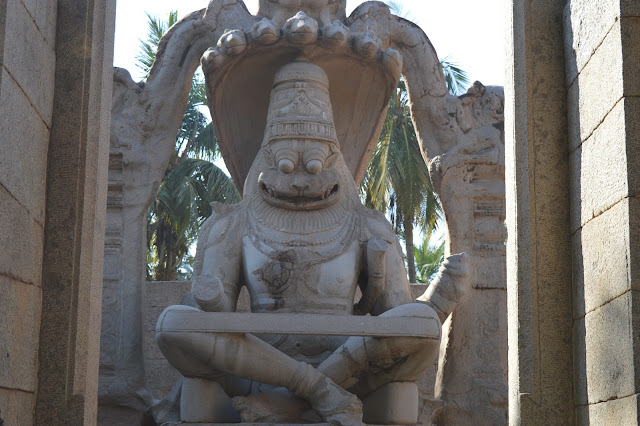 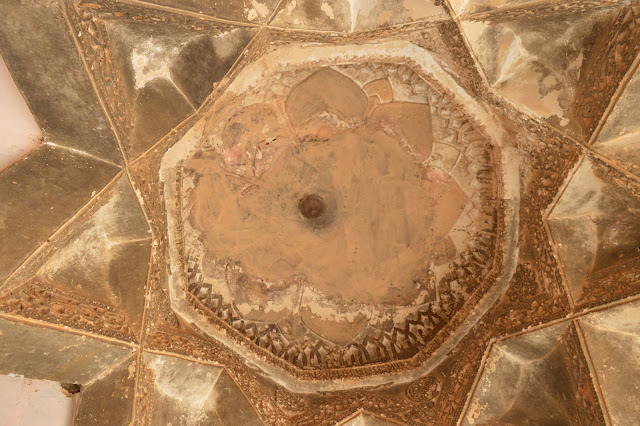 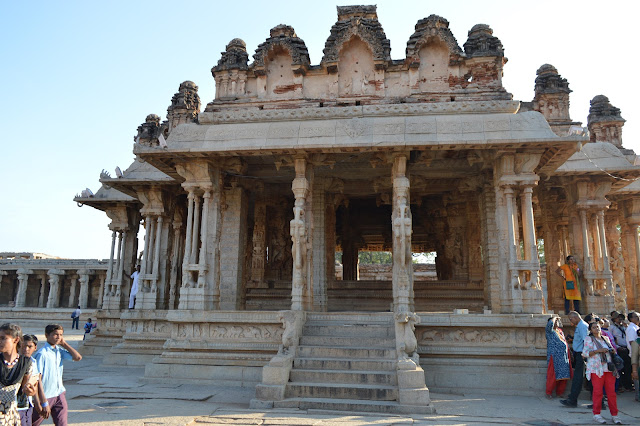 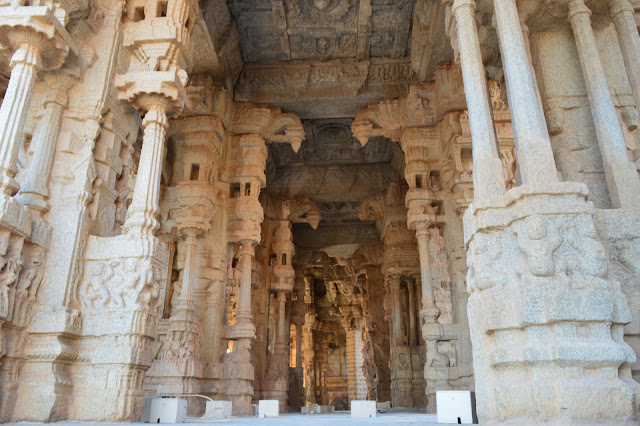 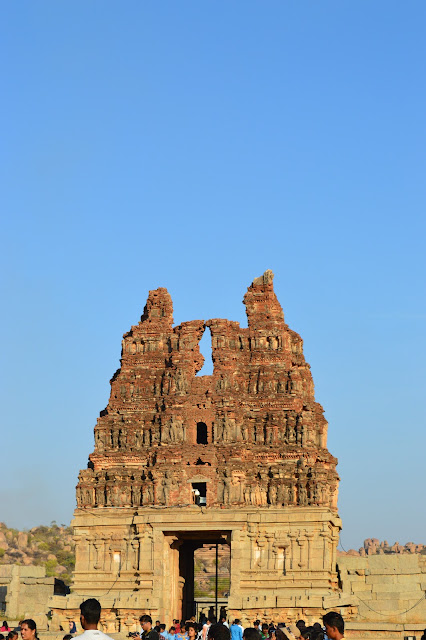 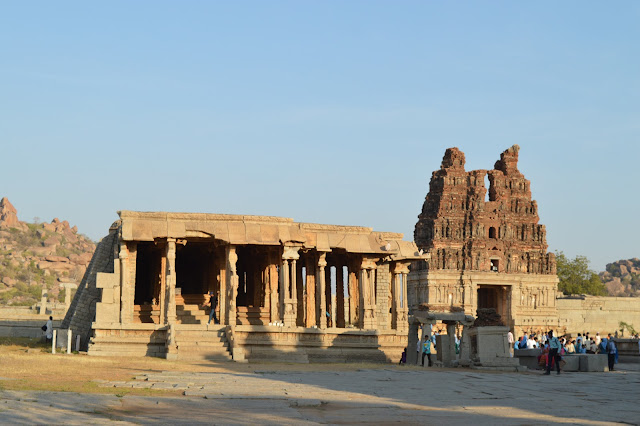 Jain Temples: Temples are present in this area that includes Hemkut Jain temples, Ratnantraykut, Parsvanath Charan and Ganigatti jain temple. Most of the idols are now missing from these temples. Ruins suggest that these temples belong to 14th century.

Lotus Mahal: The Lotus Mahal is also called the Kamal Mahal or Chitragani Mahal. It’s remarkable and unmistakable design is the main highlight of the palace. It is one of only a handful few astonishing building in Hampi that had not been damaged or destroyed amid the attack on the city.The Lotus Mahal was a part of Zenana enclosure, a place where royal families of Vijayanagara Empire resided. Lotus Mahal designed as a palace for royal ladies of those times to mingle around and enjoy recreational activities. The Mahal also served as a meeting point for the king and his ministers. Source -Karnataka Tourism. 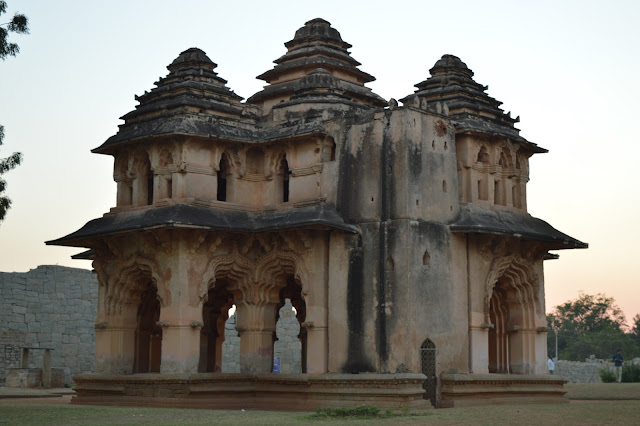 Archaeological Museum at Kamalapura: The Archaeological Museum at Kamalapura is dedicated to the ruins of Hampi and the Vijayanagara Empire. Kamalapura is a small town in the Bellary district in Karnataka. It is situated within the ruins of the old city of Vijayanagara and just outside the ‘Royal Centre’ of the Vijayanagara Empire.The museum started functioning in 1972 and is maintained by the Archaeological Survey of India. It captures the beauty of the bygone days of Hampi in a wonderful manner.
Timings: 10:00 AM to 5:00 PM on all days of the week except Fridays and national holidays

Well all these can be easily covered by 2 days of visit. There are lot many stories at each corner of hampe. Nearest city is Hospet were lodging facility can be available. Pai Vabhav Lodge, Hotel Mallige,Krishna Palace are few of good places to stay with family. 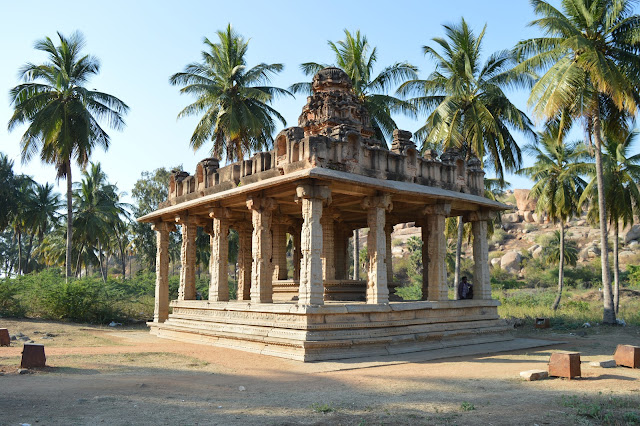 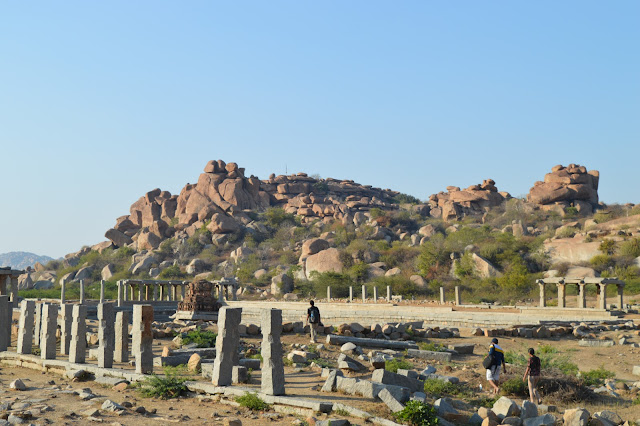 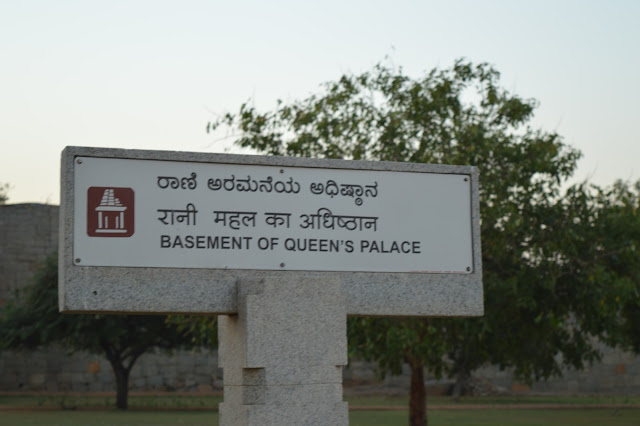 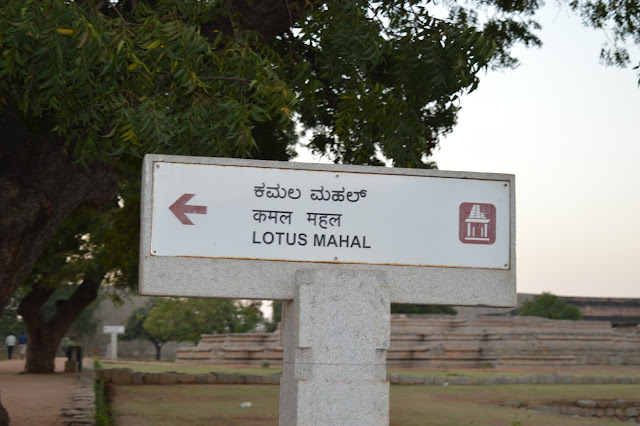 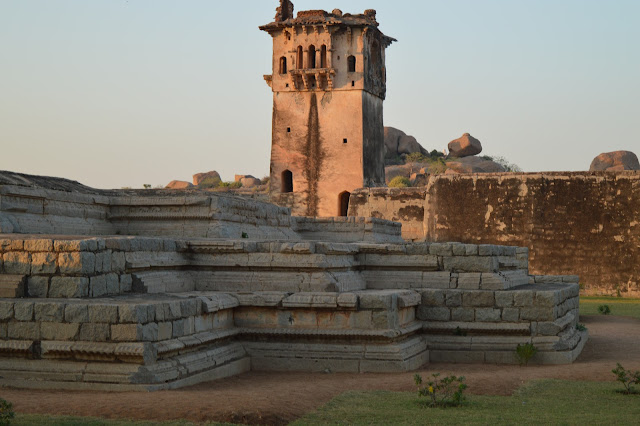 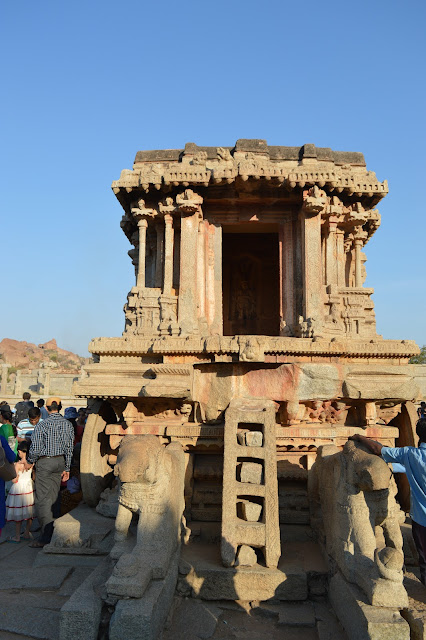 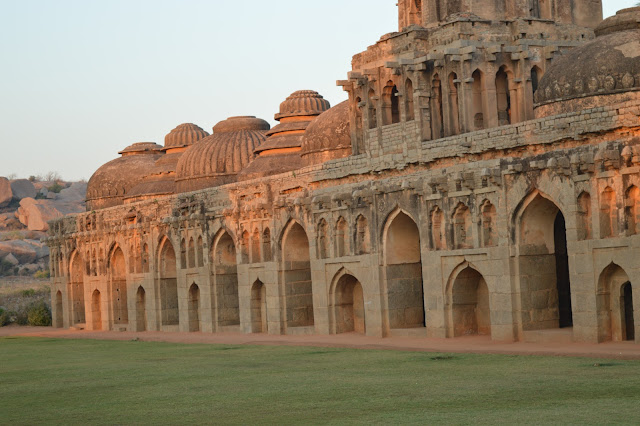