2. Drive unto the Dabbaspet flyover and then take the road by the left side of the flyover, drive a short distance and then turn to the left if you are approaching from Bangalore.
3. Drive on Tumkur Road till Dabbaspet (50kms).
4. Dont get confused of 1st Kamat Upachar before dabbaspet flyover.
5. After 2nd Kamat Uppahar (On left) from bangalore, you will see small entrance below railway track.     Pass underneath it which goes to base of Nijagal betta
6. Follow the trail through the electric poles which takes you to top

Nijagalbetta is a rocky hill lying close to Dobbaspet town in Karnataka.The hill lies very near to the Bangalore Pune National highway (NH4).Nijagal betta has ruins of ancient temples and fort built by Chickadevaraya Wodeyar. The hill has excellent rock formations and many monkeys. There is a carved idol of Hindu deity Lord Hanuman near to the fort entrance where people come and feed the monkeys as a sign of worship. There is a Muslim Dargah (Sri darga hajrath sayyed pashah & hajrath sayyed karim 2 brothers lived year.) inside the fort. There are some ponds inside the fort formed by water trapped between the gaps of rocks. There are big rocks inside the fort and walkable paths through them at Nijagal betta. There are many unexplored archeological ruins near Nijagal betta.
The path has many sculptors from the Hoysala period and also has rock etchings that appear to be pre-historic, but this hasn’t been authenticated. 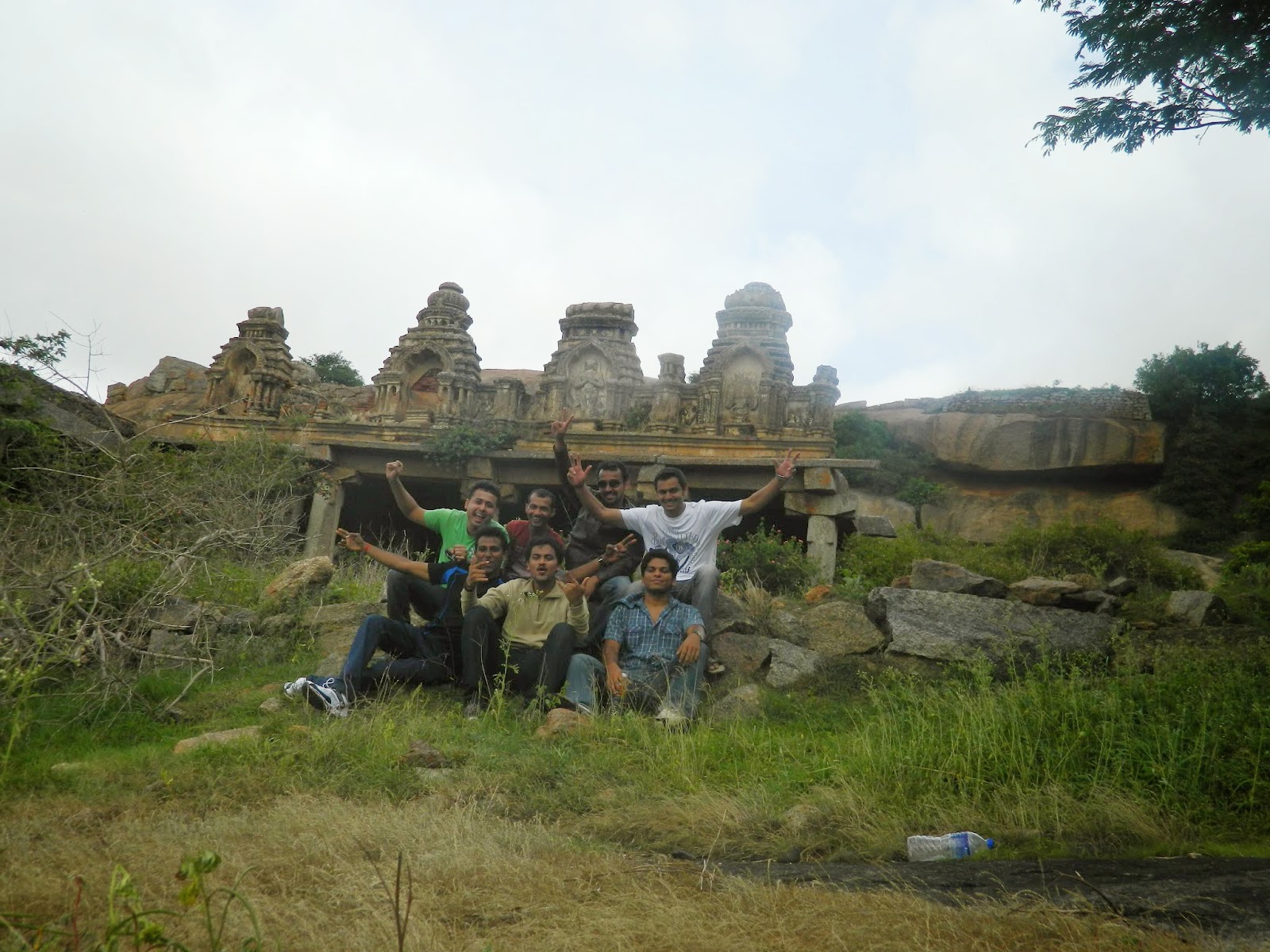 Weekend is not a weekend if its not travelled - Sandesh Mavinakuli

HUTRIDURGA is Ruined fortifications are still visible on the two hillocks surrounding the village.
It was seven tiered fort. Its one among the Nine Durgas around Bangalore (Nava Durgas). It has a small temple dedicated to Shiva and Nandi.

Best time to Trek: Not Monsoon & Not Night

Time to Reach from Base: Max 1 Hrs.

Note : Huliyur fort & Huthridurga Fort are different its not same.
“Wandering re-establishes the original harmony which once existed between man and the universe.” –Anatole France