Its time when cloudburst is at its peak and once again I and my roomie planned for dudhsagar Sagar Falls. The charming and overpowering memories of last year enforced to relive the Beauty called Dudhsagar!! Plan was to visit Gokak Falls and Godchinamalaki falls as well and stay in Belgaum. This time the count went upto 40 overall but later it settled to 25 from Bangalore and 5 from Hyderabad, once again it was like a alliance as in Pune trip. Prior (2months earlier) itself Train, hotel and transportation bookings were made to have smooth go. As it was long weekend, we started thrusday night from Bangalore central Railway station at 9.15 in Rani Chennamma Express. Reached Belgaum @ 9.30 AM, freshen up at Pai hotel and got ready by 11.15 AM as, 1st day plan was to visit Gokak Falls and Godchinamalaki falls. 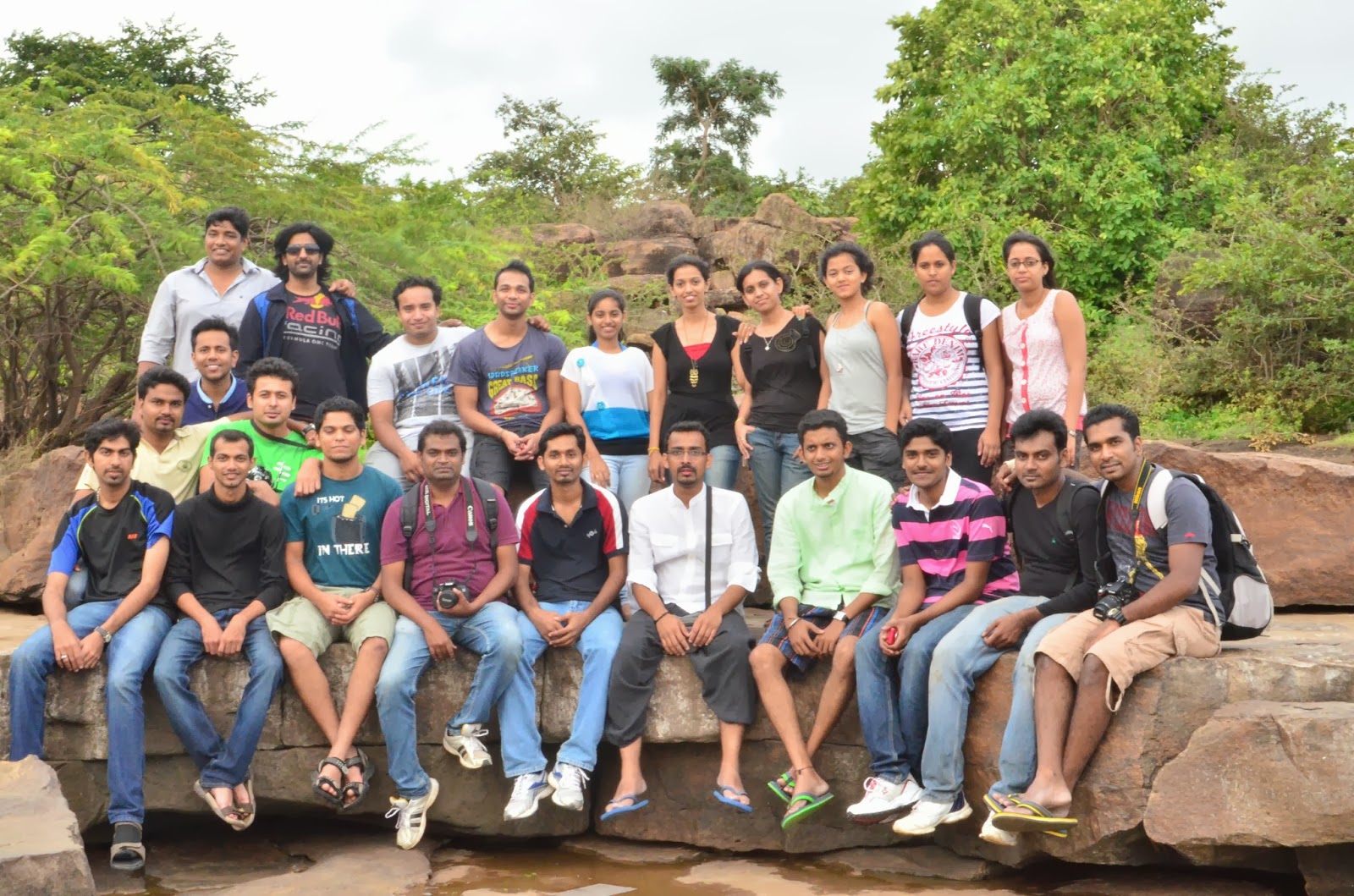 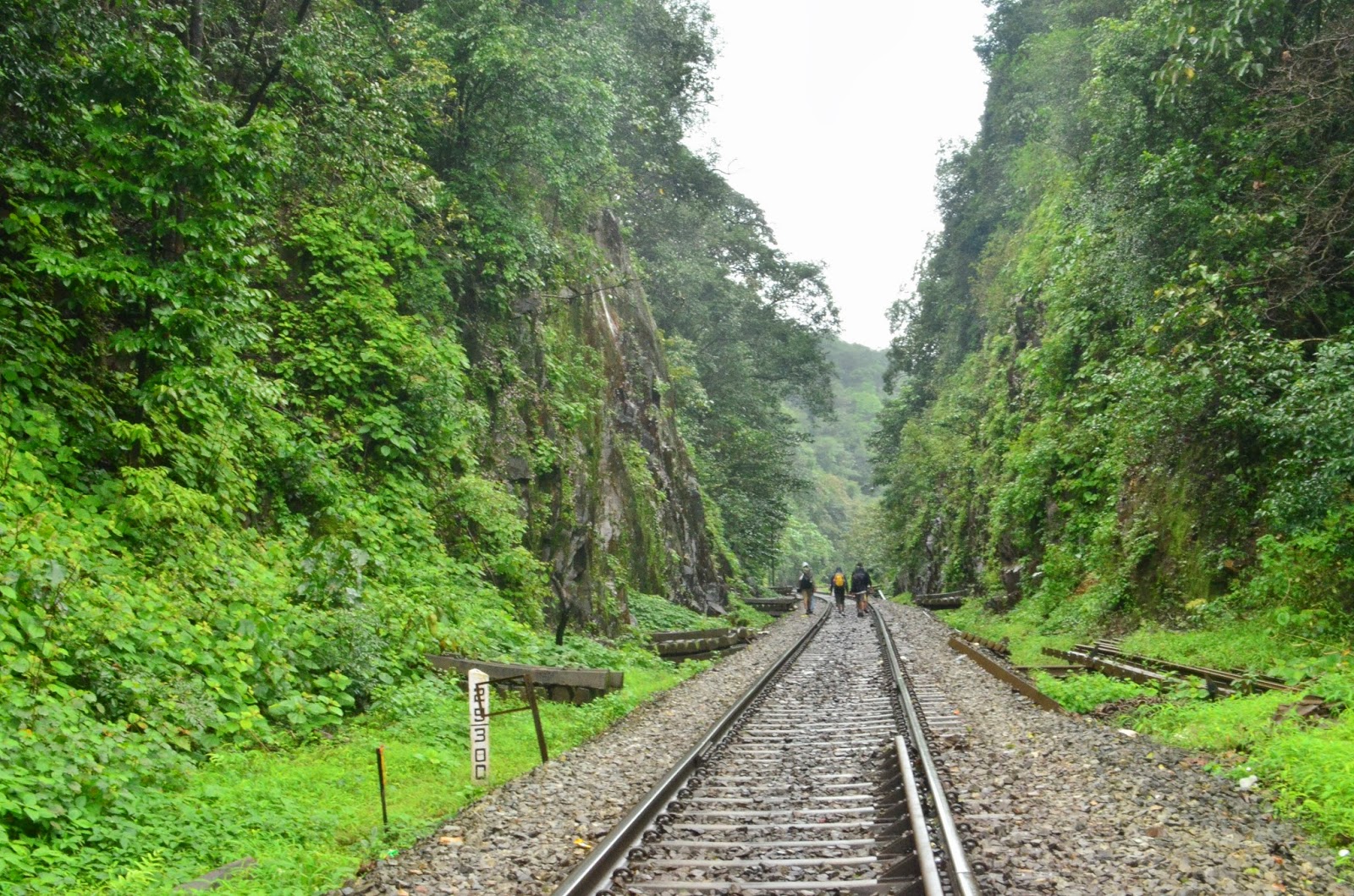 Started from belgaum in govt bus, which later seemed to be our own booked bus, nobody except our group were in the bus, since most of them dint knew each other it was time were all introduced and came to know better and more and more. Interestingly in our group we had people who aged from 14-29. We had booked 2 trax, so that we travel around more in Gokak Falls and Godchinamalaki falls. It was 2nd time for me to Gokak falls, hanging bridge but still it wasn’t boring anytime, since we had Gang of 30 amigo’s . Actually Hanging bridge can withstand only 30 people at a time, but its India so at a time it should withstanding 300 people. The very old cotton mills, temples, hanging bridge glimpsed last year memories as well.  It was almost 3 we had lunch in the mess around there. 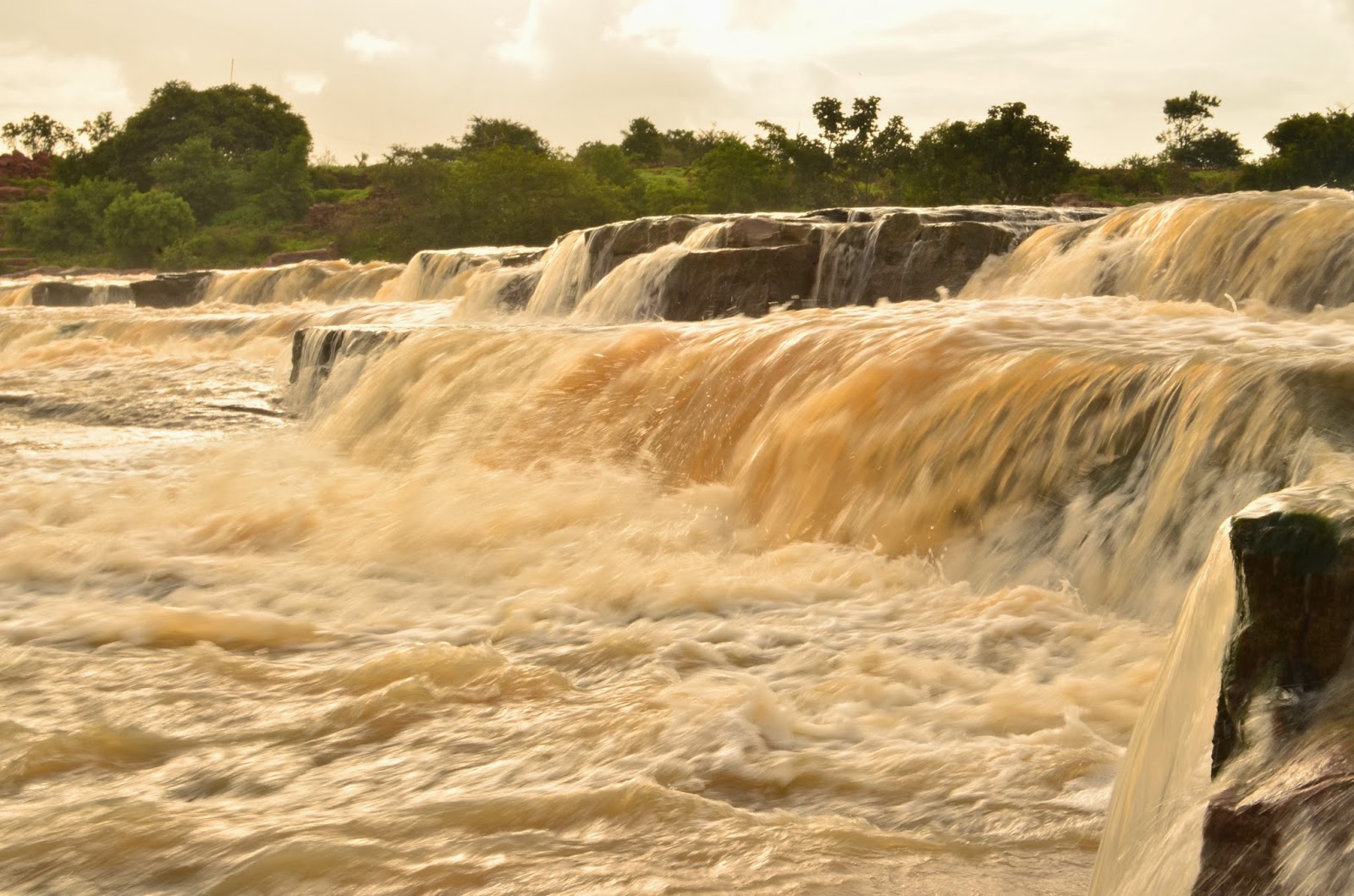 Which not worth of the amount we paid, but then we dint had any choice rather than that. Resumed our journey headed towards Godchinamalaki falls, we spent very good time there with stunts, photography & photo shootouts by our DSLR boys. It was too late we realized we have to rush to our friends home since my friends home visit was planned long back. It was 6.30 we reached our friends place, we were served variety of snacks (Fruits, Kunda etc etc) with lots of love. On the way to belgaum we paused for dinner at Daba, luckily or unluckily was not good but no other choice my friends. It was 11-11.30 we reached hotel at belgaum. We segregated & distributed food which we brought for dudhsagar trekking on the night itself. Calculating room bills & clearing everything on the night at 2 was really tiring task. 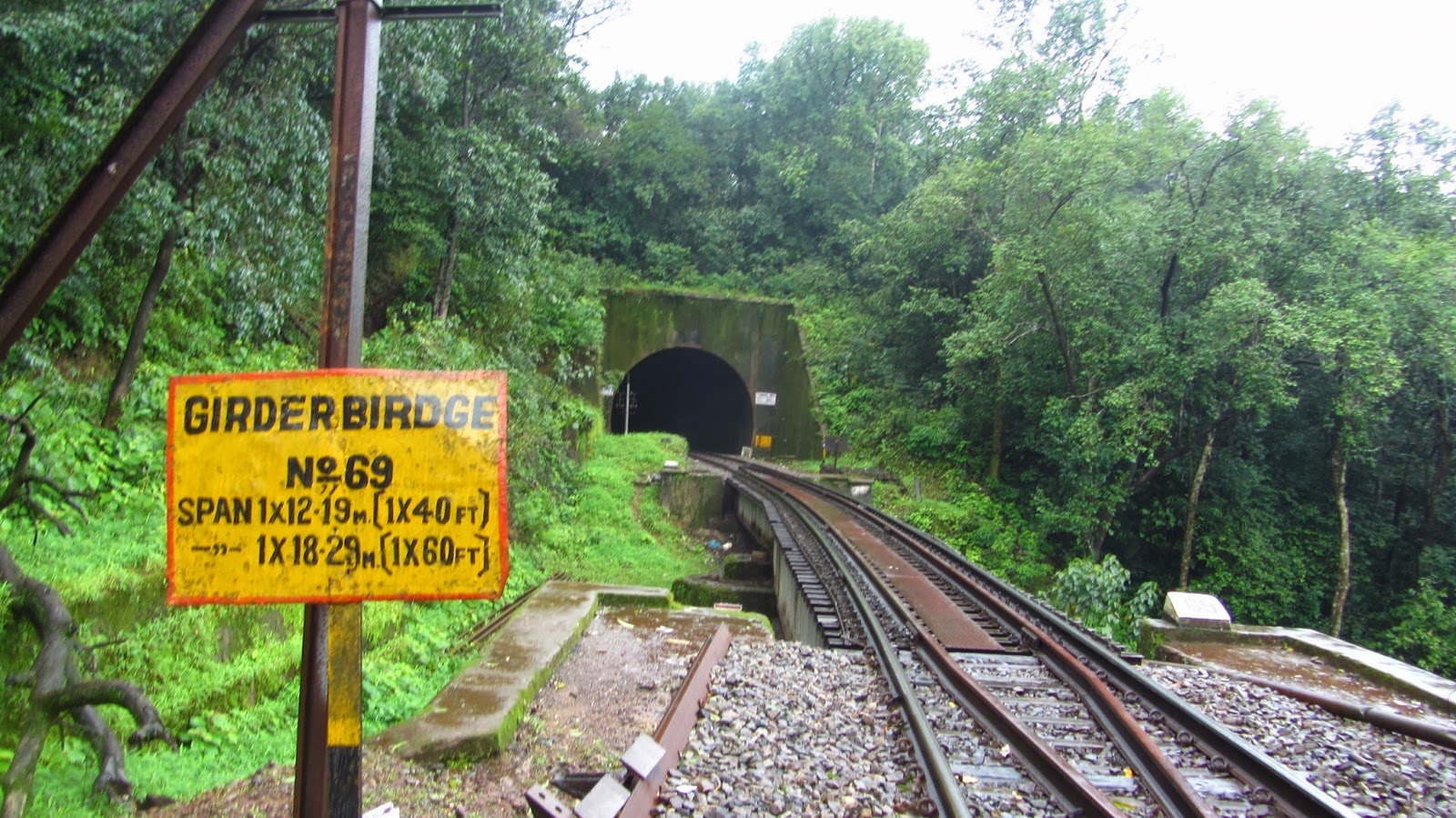 We came across 3 foreigners 2 AM at hotel, they were real wonderers, Ready to sleep outside reception as well but ultimately hotel manager dint allow them, No idea where they moved later on. It was 2.45AM me and my roommate went to sleep and got up at 4.45AM. By 6AM all were ready with their bagPacks. Reached Castle rock at 9AM by trax, we had packed Breakfast and Lunch from belgaum itself. After filling our stomach we started trekking in groups.  All of us reached in regular intervals but everybody reached within 4-5 hrs including Pitstops, Lunch break and Photo shoot breaks. Compared to last year water was less even than this year we had good springs.  Tea shops, Omlet stall; Drinks were available this time and was invisible last year.  Tunnels, rains, atmosphere, trains, railway track, colourful shits, scenery, small falls, goods trains, old station etc made to us keep moving all the time. We had booked trains from Qulem, which was previous stop of dudhsagar falls. Looked like Most of them were not exhausted even after trekking.  Happily completed one of the memorable trek, trip of the year. 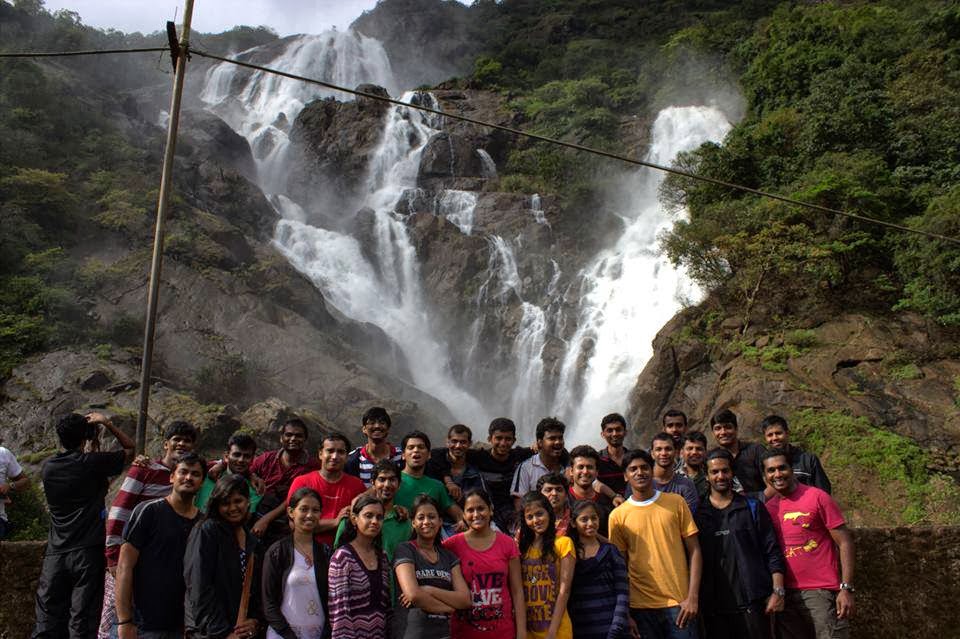 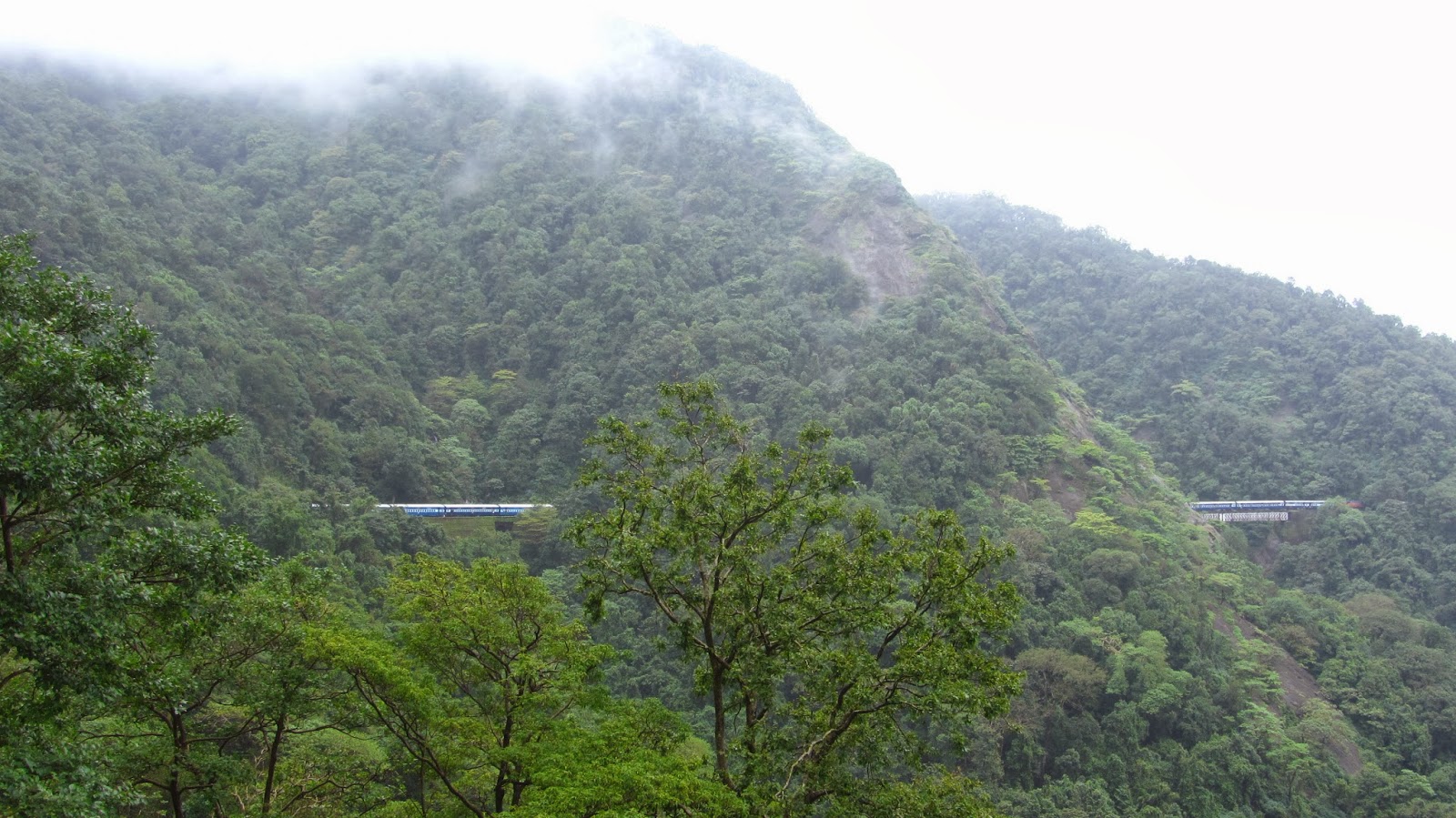 "No one realizes how beautiful it is to travel until he comes home and rests his head on his old, familiar pillow." Lin Yutang