A Day at "Karkala Mahamasthakabhisheka" 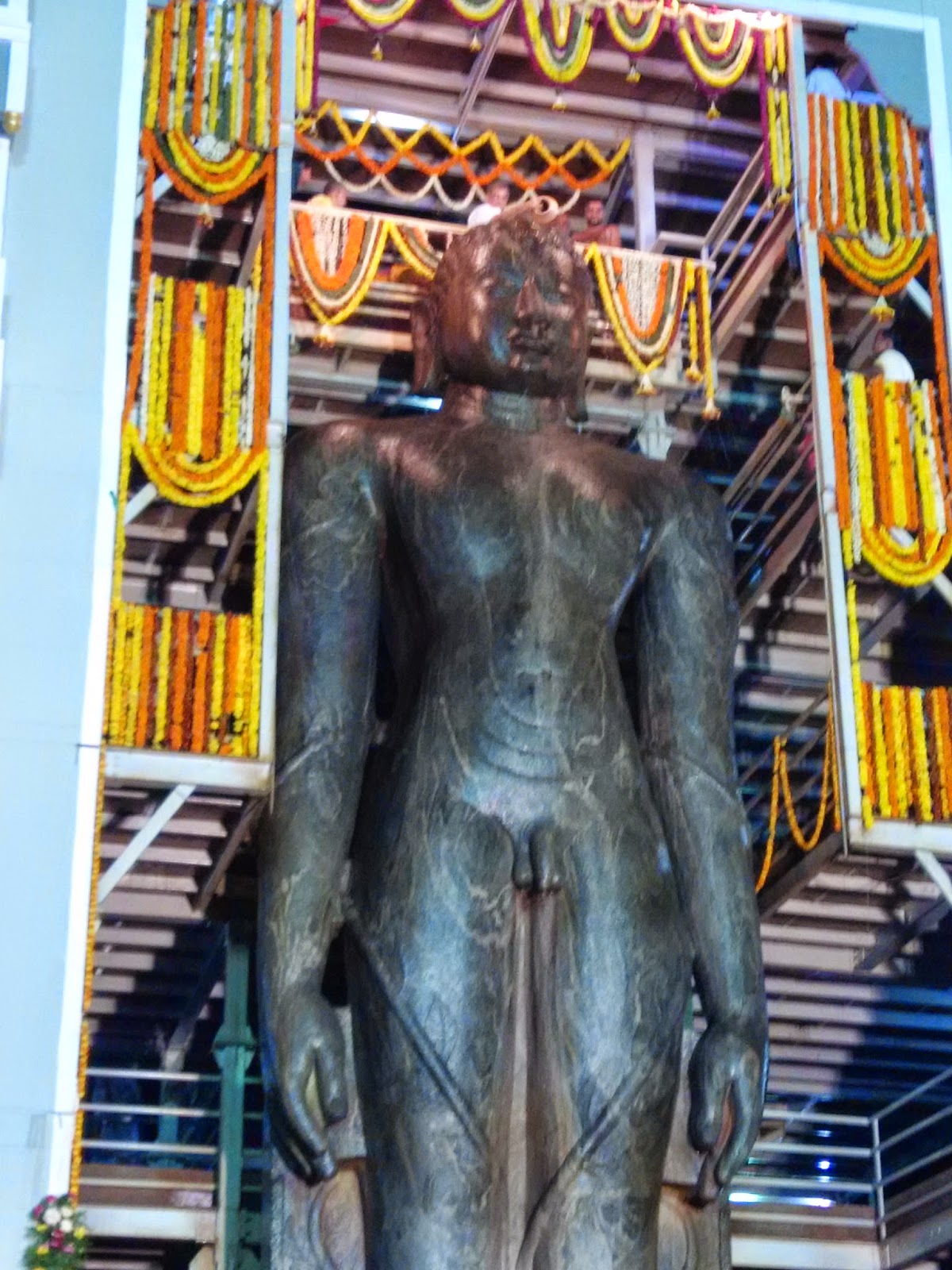 I and My wife were Lucky enough to witness one of the historical event of karkala town "Mahamasthakabhisheka", though it was 2nd time i am witnessing Mahamasthakabhisheka in karakala which was held on 2002, which was 13 years back. Felt blessed, by looking at the statue of Lord Bahubali which was bathed in water and various other dravyas (liquids) like milk, sugarcane juice, coconut water, turmeric, sandalwood etc, various powders like Rice Powder, turmeric, saffron and at the end flowers were

Mainly it is worshipped by jains, but the ceremony witnessed by all the religion, as it is considered a way of cleansing your body and soul. "Mahamasthakabhisheka" was held from January 21st 2015 to 30th January 2015.Its magical to witness a gigantic monolithic statue with different colors and at the same time I respect his principles of non-violence and peace (Shanthi).Lakhs of people from various part of India and world delighted by the ceremony, I was one of them. 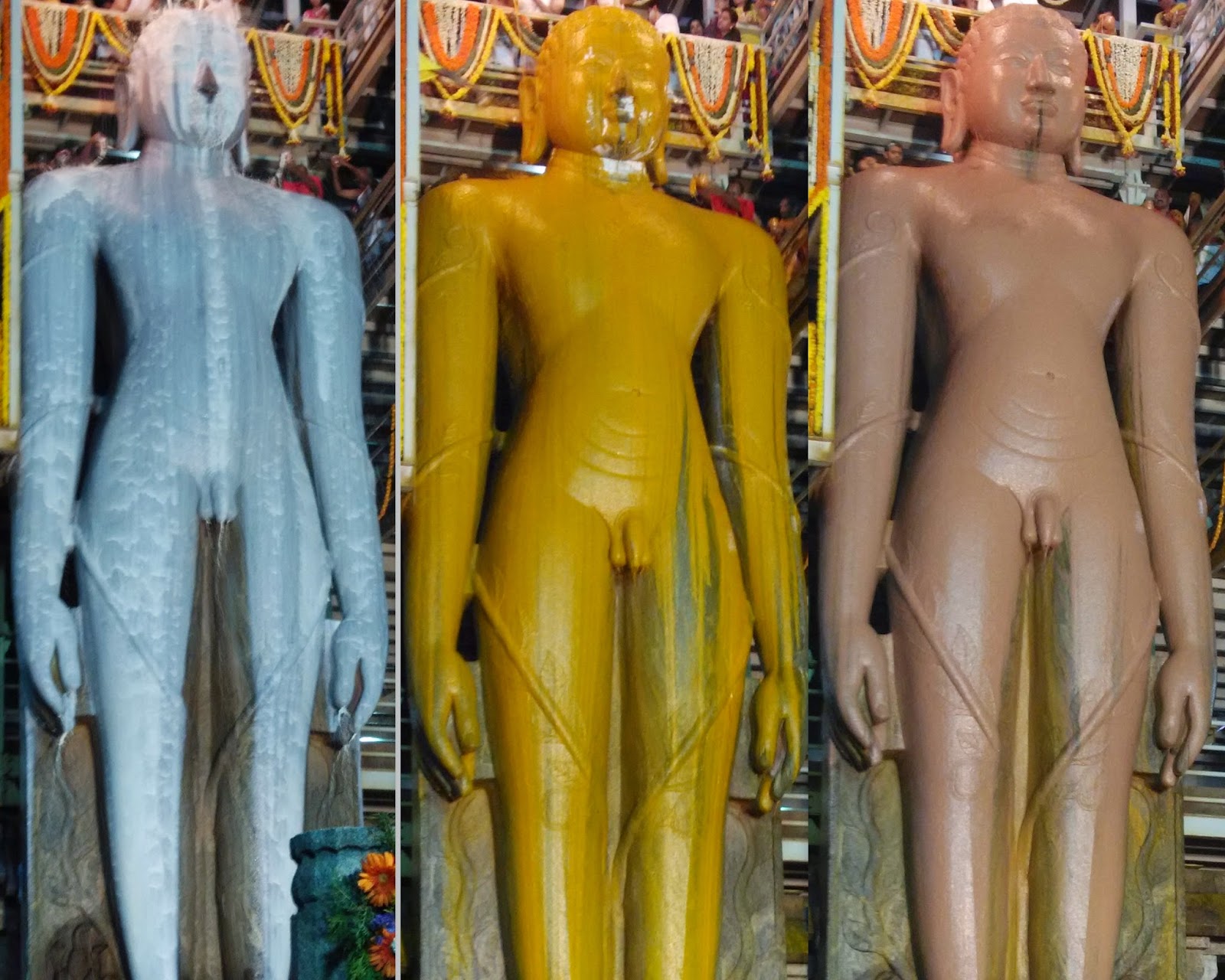 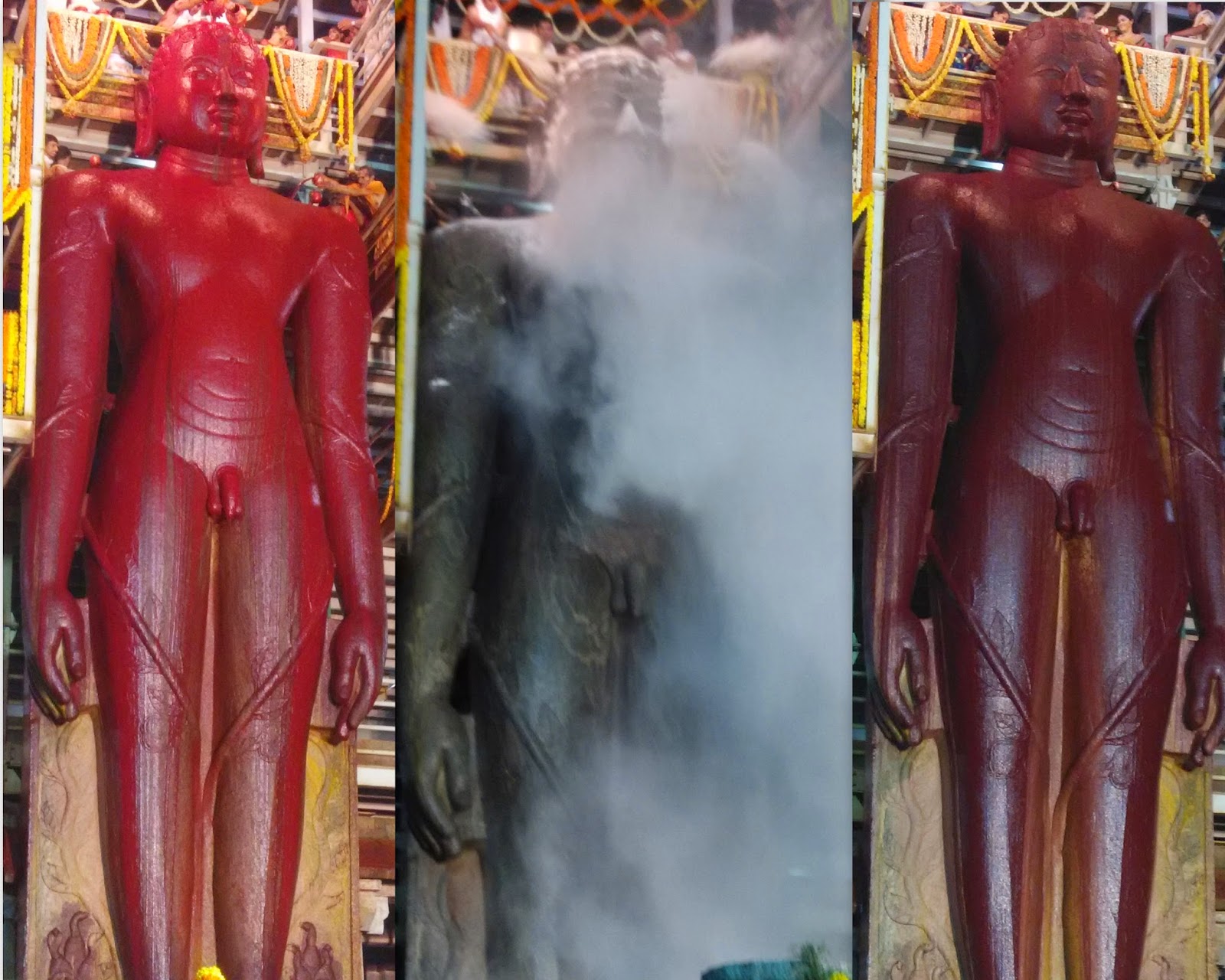 Karkala is a multicultural town with 22 basadis and ancient temples located 36 kilometers from udupi, 50km away from mangalore and 16km away from moodabidri (Jaina kashi).A town of historical importance and a pilgrim centre for the Jain community, it was the capital of Jain rulers belonging to the Bhairava dynasty. King Veera Pandya, a ruler of this dynasty, was responsible for installing the statue of Lord Bahubali here in 1432, Itseems first Masthakabhisheka held in 1646. 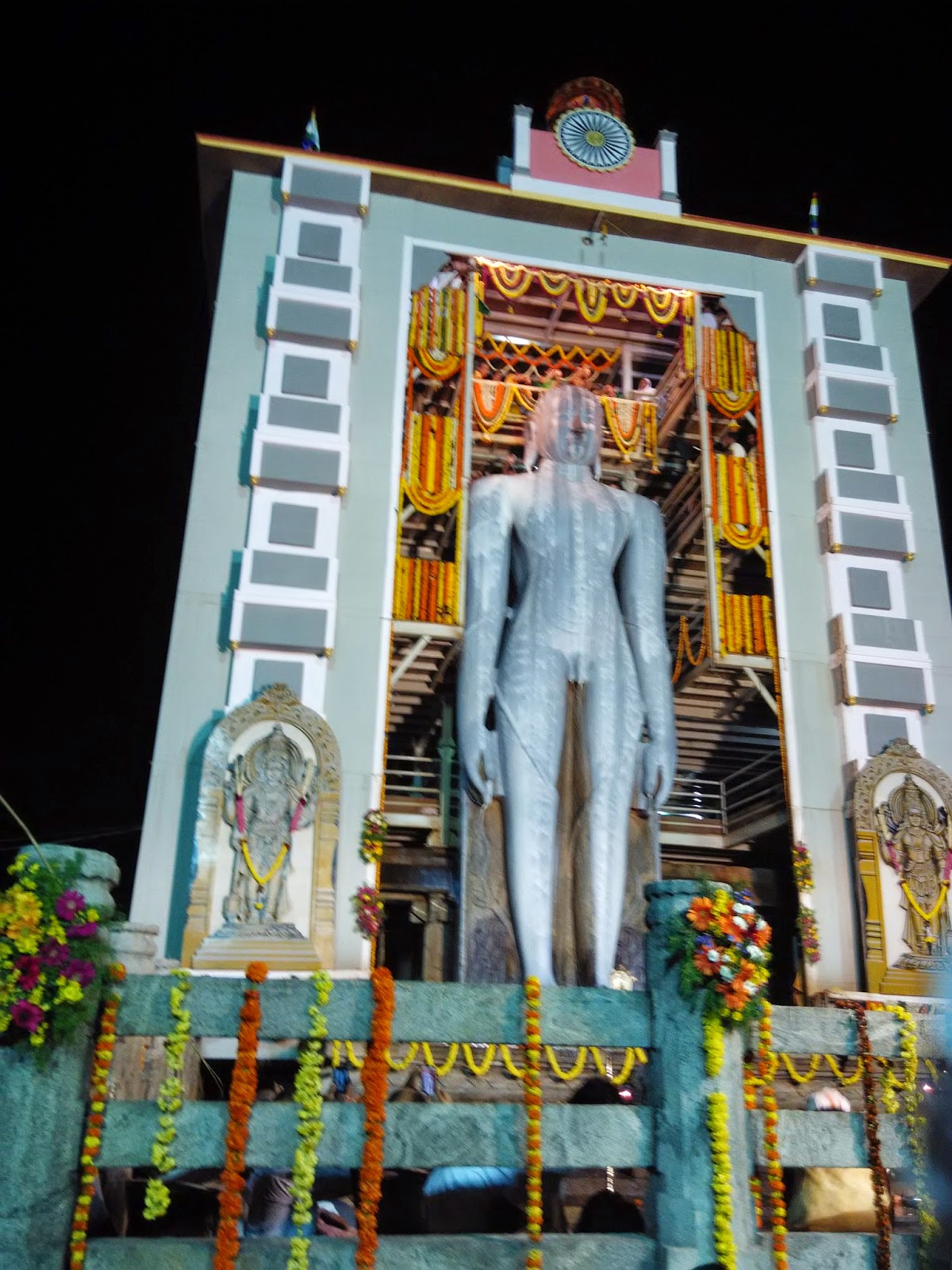 The Mahamasthakabhisheka was organized very well by organizers. A steel five-storey scaffold had been constructed behind the statue to facilitate the ritual (Last masthakabhisheka was wooden). Each storey could hold up to 100 persons.Well-disciplined and kind volunteers. Procession and cultural program went on very well. Food served to lakhs devotees, parking facilities were organized in excellent manner.300+ stalls which sold local food items, handicrafts, textiles, karnataka govt tourism department etc. Kudos to all who made the historical event more historical. 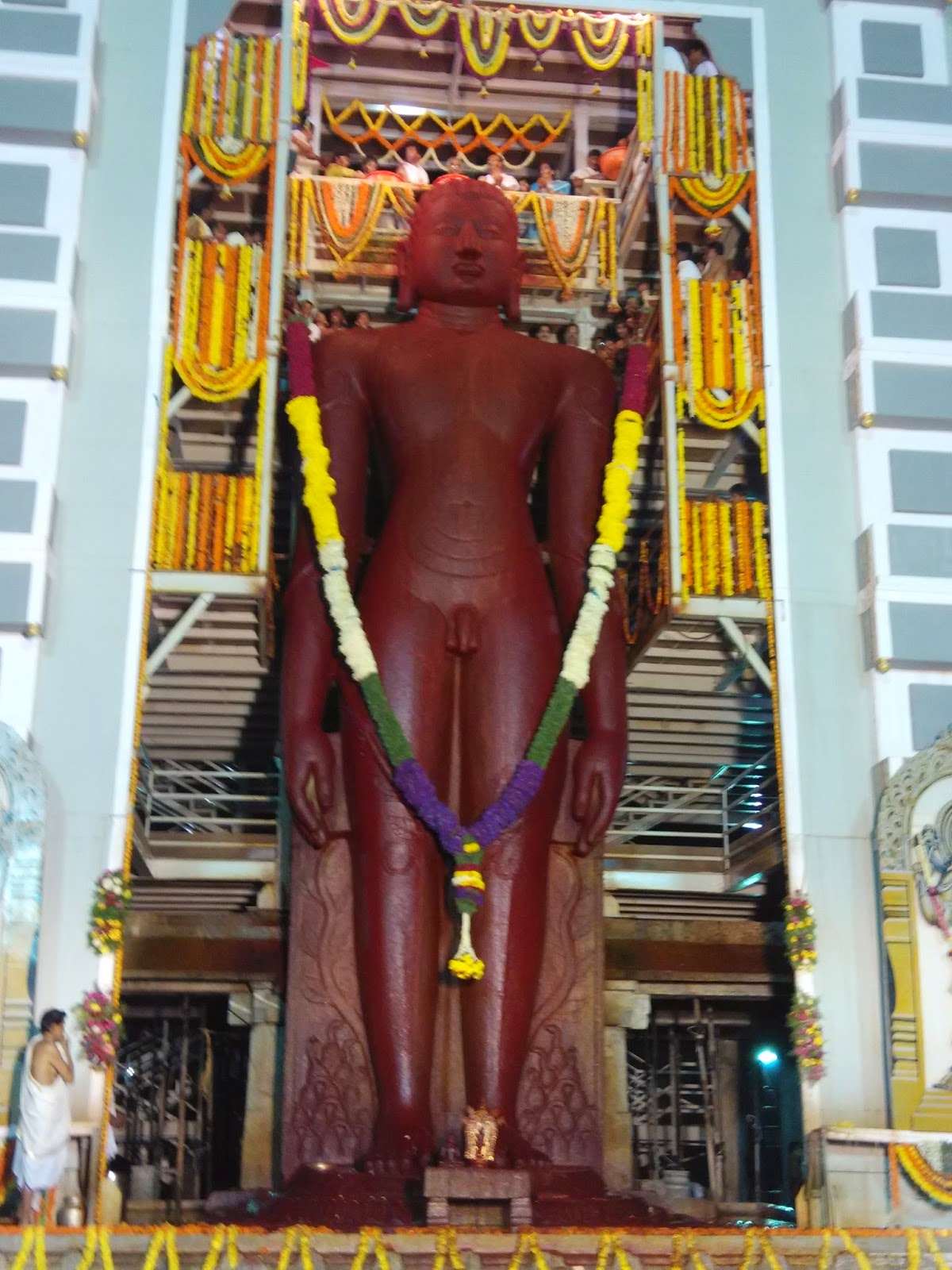 "Silence and Self-control is non-violence". Mahavir