Karnataka has had compelling empires in its past. The four incredible ones were Chalukya, Rashtrakuta, Vijaynagara and Hoysala. Out of these, the temples from the Hoysala empire have stood the impacts of time and remain in their best superbness of all temples in Karnataka. The temples at Belur and Halebid shaped the core of the Hoysala realm and thus pull in the most consideration. In any case, they did endure harm amid the wars. In the event that you wish to see a Hoysala temple in all its heavenliness, you need to go to Somnathpur, once a Hoysala kingdom fortification, particularly in the rich Cauvery area. The temple towns of Belur and Halebidu are an absolute necessity visit. Anybody intrigued by listening to stories can welcome these excellent bits of work; every one of them has such a variety of stories to tell, of a time long passed by!. 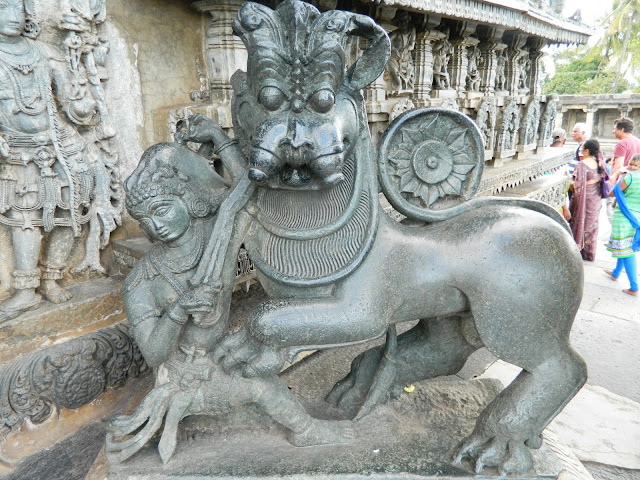 The colorful figures (Madanikas) on the walls of the temple are tranquil, playful and affectionate, enhancing the overall effect of this pinnacle of architectural excellence.These Madanikas were roused by the excellence of Shantala Devi, lord Vishnuvardhana's wife, who was knowledgeable in expressive arts of move and music and was all around prepared in Bharatnatyam move. There are forty two Madanikas in Bharatnatyam postures cut on the external walls. 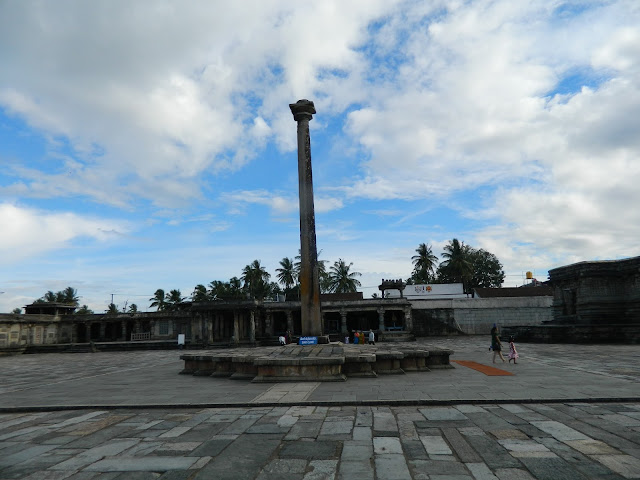 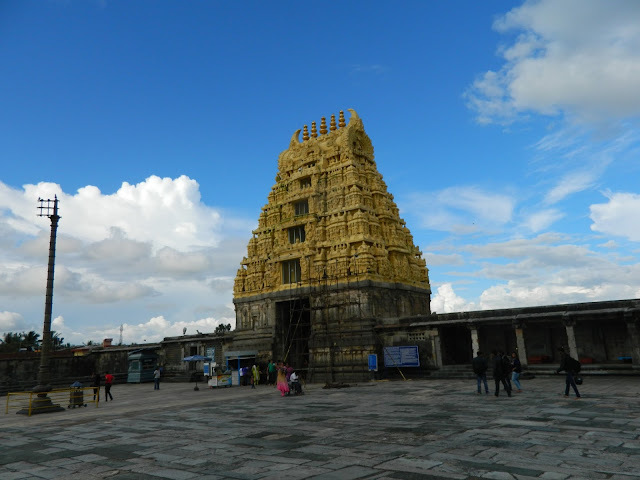 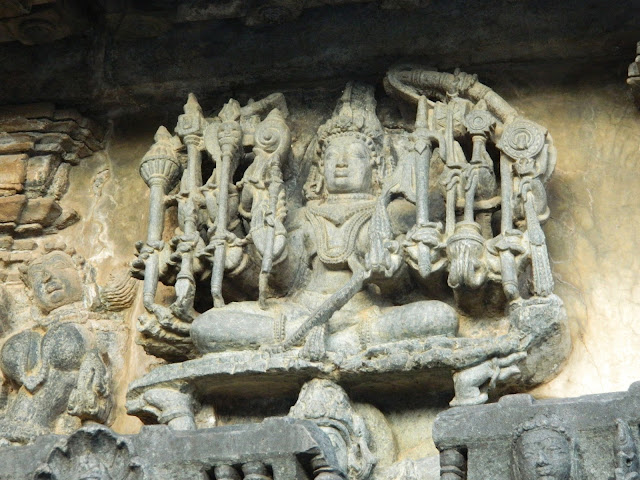 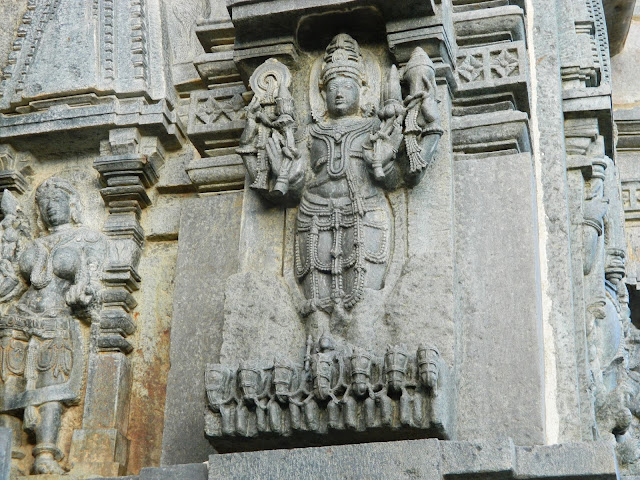 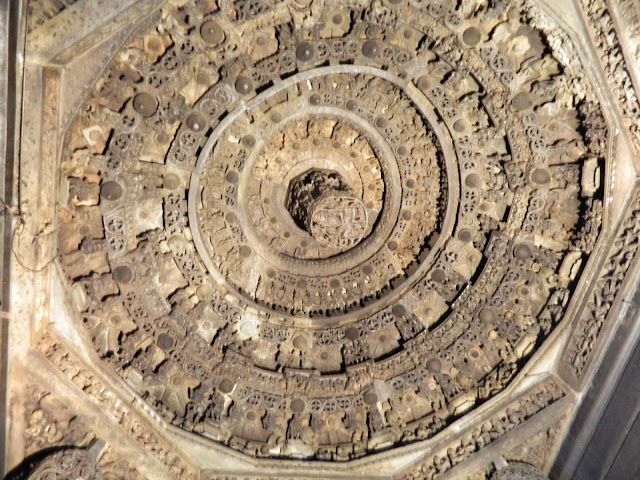 The temple construction work was begun amid the rule of King Vishnuvardhana of the Hoysala realm. Lord Vishnuvardhana was conceived as Jain. Amid his rule, he turned into a devotee of Ramanujacharya and changed over to Vaishnavism. That is the way this Temple appeared amid his rule. At the entrance, to our upper left, there is a carving of the King Vishnuvardhana holding court alongside his Guru Ramanujacharya. To the upper right, we have the King's grandson holding court, amid whose rule the construction of the temple was finished. 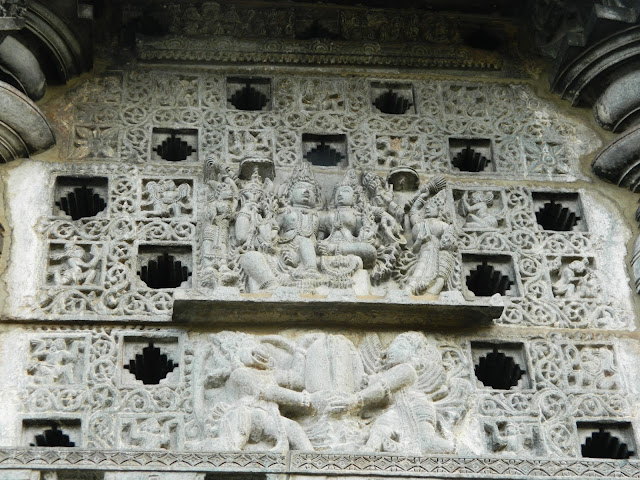 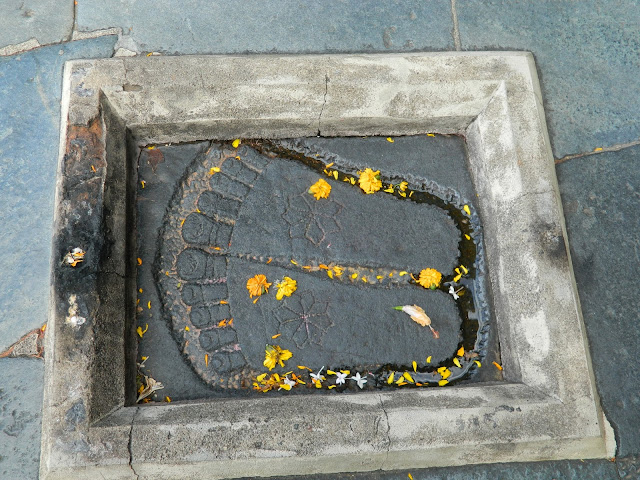 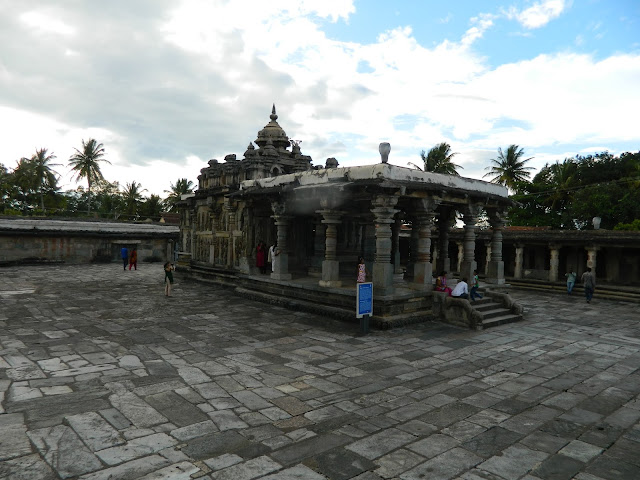 The symbol of Hoysalas thus is a man killing a tiger. Halebeed was the capital of the administration where the temple stands. The temple of Halebeedu was built over a range of 190 years and stayed deficient. The Belur temple took over 100 years to build. The material utilized for both temples is cleanser stone which is delicate and simple to carve when taken out from the earth however gets harder over prolonged exposure to air. 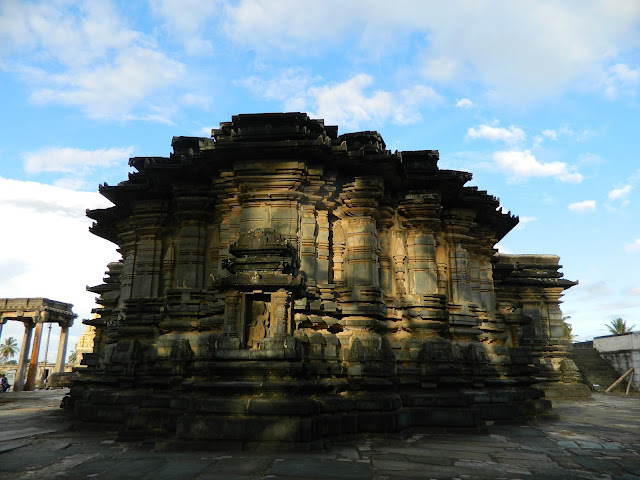 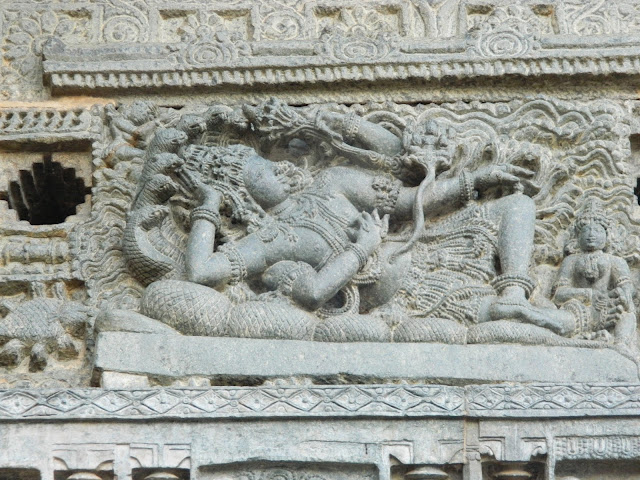 The Belur temple is more known for the "Shilabalike" – the pictures of women carved in stone all around the temple. Every image is of a women doing distinctive things or occupied with various occupations. They have intriguing names, for example, 'Shuka Bhashini' for a woman conversing with a parrot; 'Darpana Sundari' for a woman with a mirror and such. 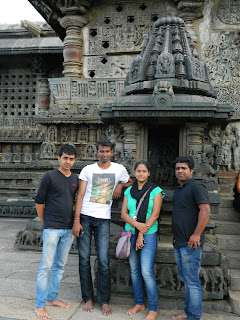 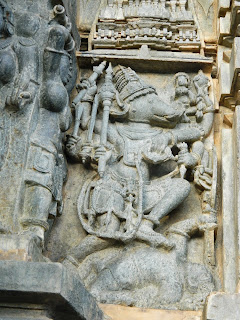