Shravanabelagola town is arranged between two slopes Vindhyagiri and Chandragiri with a tank in the middle of, to be specific, Belagola meaning Bili Kola or white lake. Shravana or Shramana implies Jain plain, which means, way of life rehearsed to seek after religious and otherworldly objectives keeping away from common delights. The town is named after this Jain parsimonious and lake. The spot is a Jain journey focus as there is 57 feet solid statue of Gomateshwara on southern slope, Vindhyagiri confronting North.little wonder then that over centuries. Shravanabelagola is a photographer’s delight. The unquenched thirst one develops after capturing Lord Bahubali on film at Vindhyagiri Is further deepened by inscriptions. And sculptures that virtually speak history dating back to Indus Valley Civilization; and much more.The Mahamasthakabhisheka, the head anointing ceremmy of the Lord Gommateshwara Sri Bahubali observed once every 12 years in Jain Dharmic cycle is an Integral part of ancient and composite Indian tradition.We rose further to achieve crest where Bahubali statue is situated. Around the statue there were arrangement of 14 little symbols of different thirthankaras called 'Suttalya'. We had darshan of Bahubali. The statue, focus of fascination, is the tallest solid statue on the planet. The statue is cut wonderfully as though ant colony dwelling places encompass it and creepers surround up to thighs. As per the data accessible, it was introduced by Ganga King Rachamalla Sathyavaka's pastor Chavundaraya in 988 AD. Gomateshwara or Bahubali was a child of first Jain Thirthankara, Purudeva. He was changed after he won the battle for kingdom battled against his sibling Bharatha.Went to Basadis on top of the slope and attempted our fortunes to surround Thyagada Kamba, a column and if one encloses by his hands it is accepted to be a fortunate image. On our way up, we saw many individuals move up 2-3 times to offer a few religious pledges, numerous a times, holding kids. Subsequent to hovering round the statue, seeing every one of the 24 Thirthankaras and overpowered by the Majestic statue, we took a few snaps of the engravings and began back. 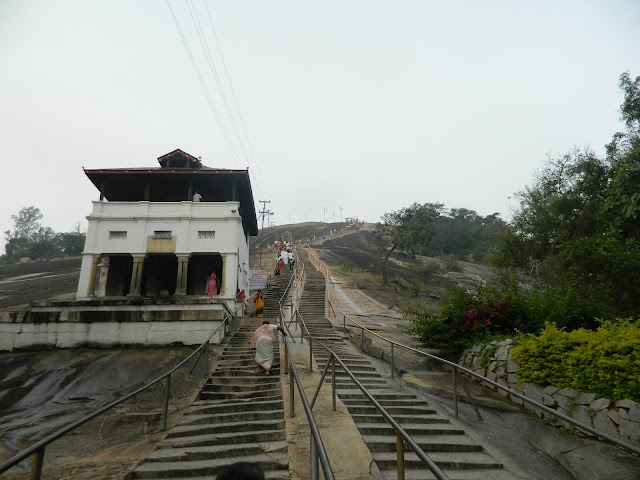 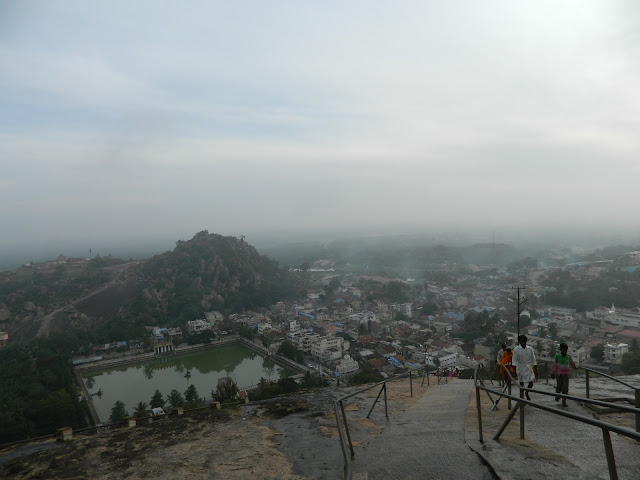 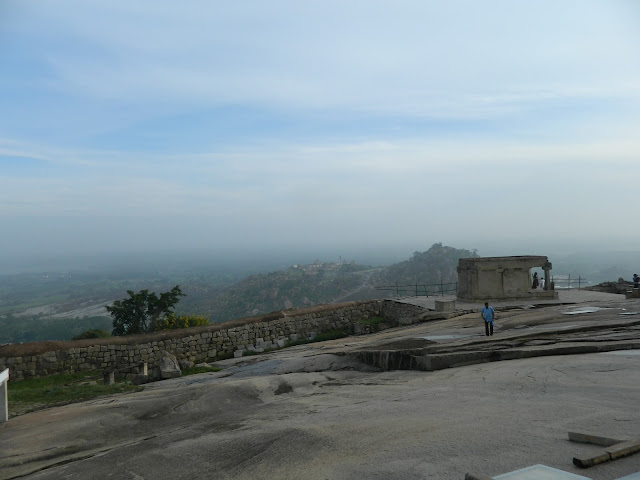 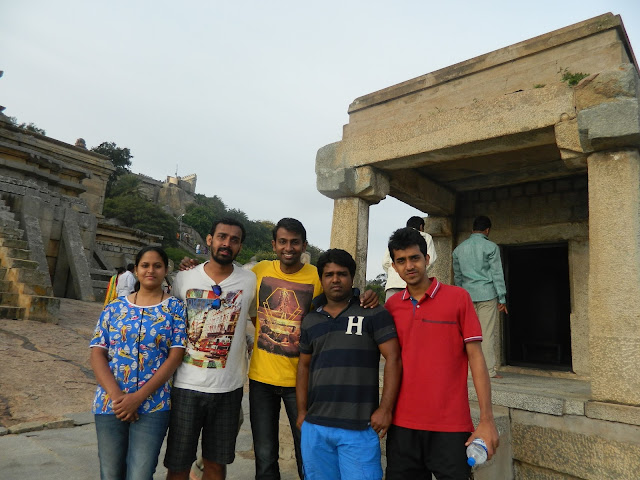 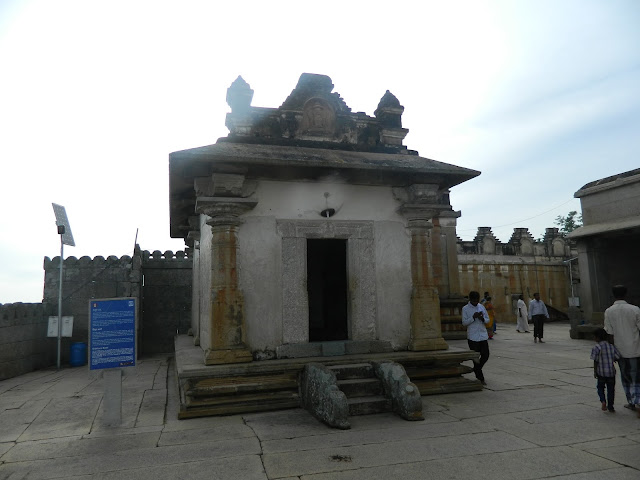 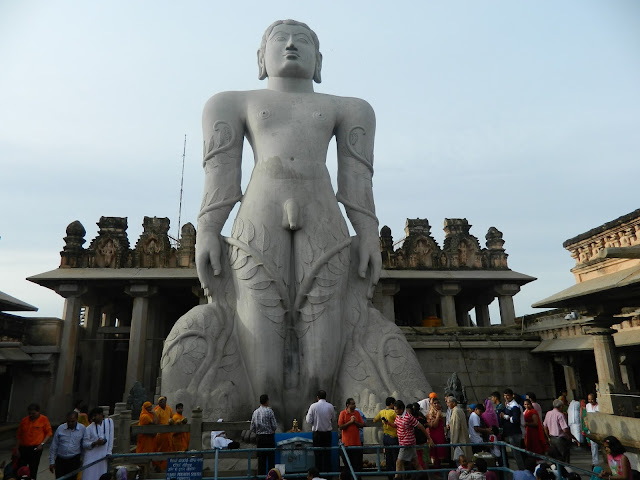 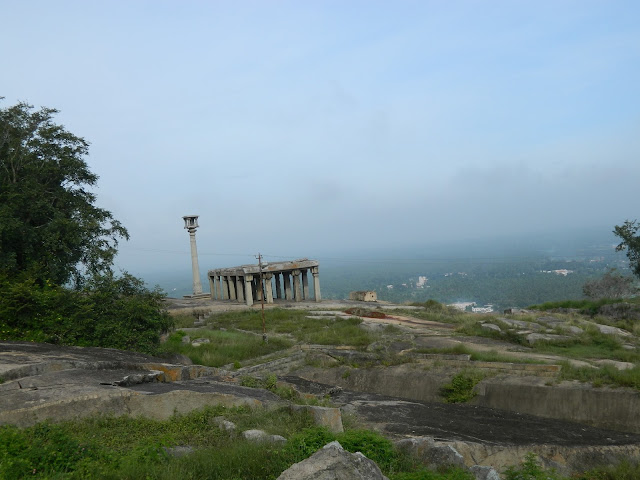 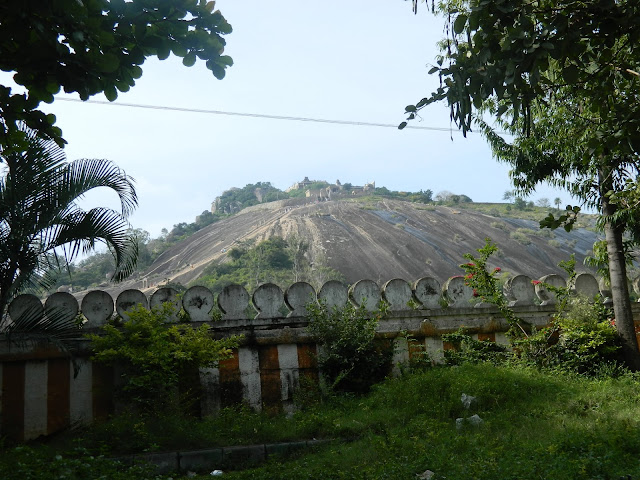 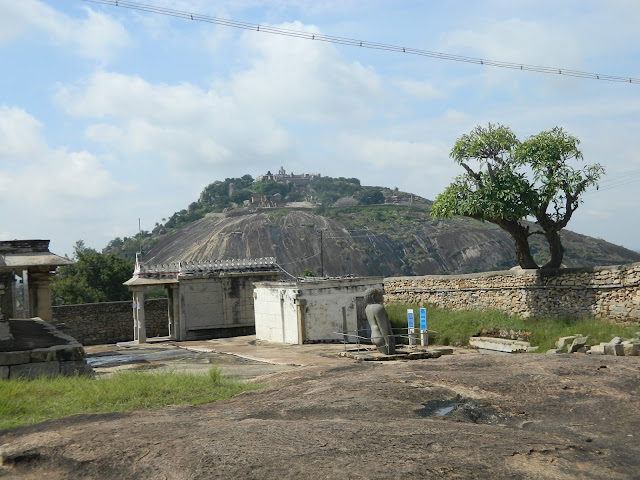 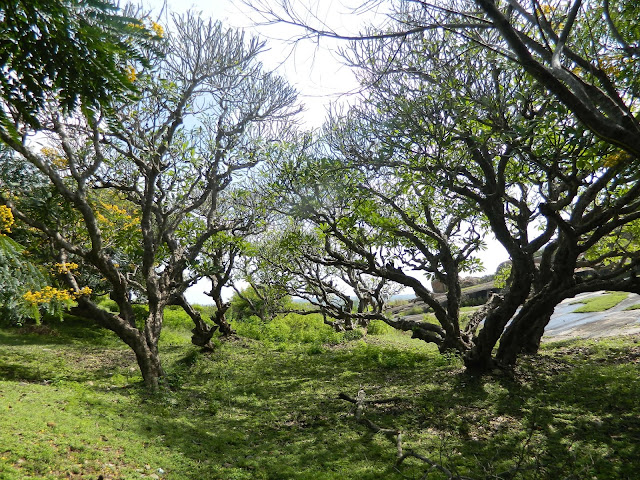 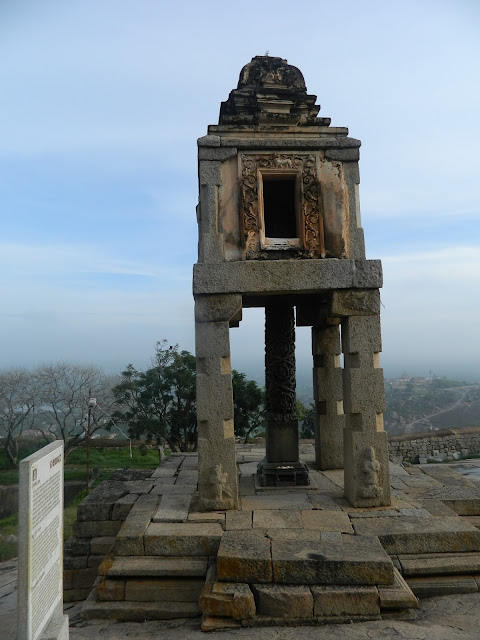 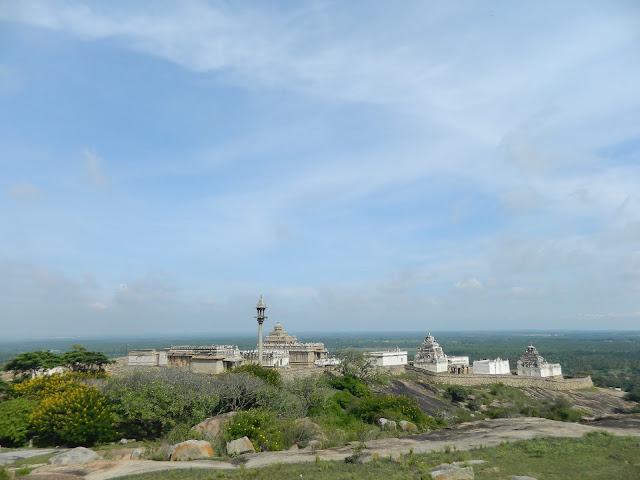 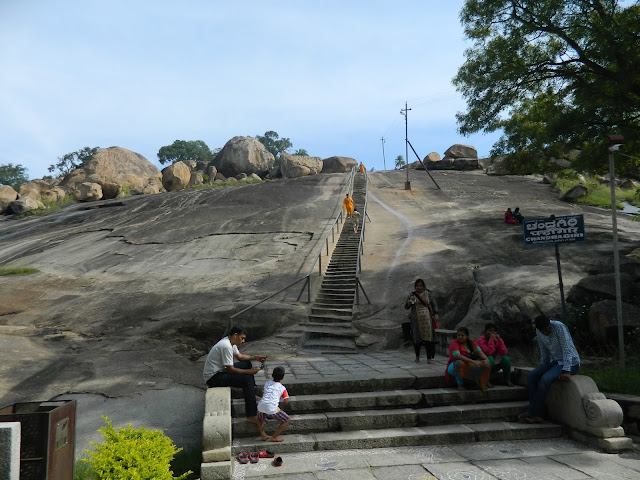